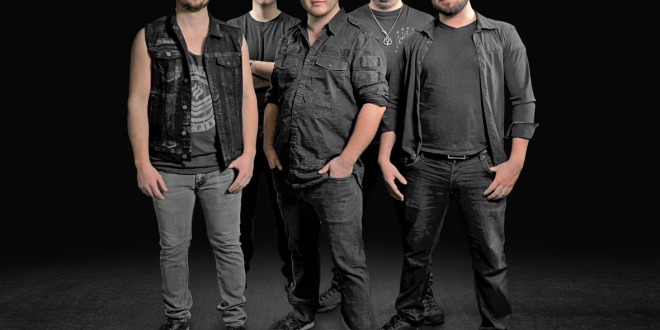 Guitarist, Alex Samson, had this to say about the new record, “It has a blend of heavy and melodic guitars combined with raw, emotional vocals that will have each song get stuck in your head. This album is about rising up, finding your way and letting go of all the toxic temptations holding you back.”

Samson added on the new single, “It’s the third track off the upcoming album which comes out on April 13th. We gave everything we had for this album and this song represents very well the meaning behind the new record. The song is about a toxic relationship where someone is blinded by love and can’t get out of it.”

Sawyer Path was a rebirth of Sean and Alex when they teamed up with drummer Pete in June 2009. Since Sean and Alex used to be in a punk rock band before, the arrival of Pete drastically changed the sound of the band. They started writing and playing alternative rock songs mixed with grunge and metal influences. In early 2010, the band had already started playing gigs and recording songs in a studio to try and get their name out. After two years of recording demos and performing in a ton of shows, Sawyer Path initiated the recording of their first full-length album entitled “Enter The Fog”. This album came out on January 2013. At this date there were still 3 members in the band with Sean playing the guitar while singing. Then, the band added a new guitarist (Oliver L’Heureux) to their line-up after releasing their second record called “Escape My Demons” on February 21st 2015. This EP signified the beginning of a new era for the band. The hard work was starting to pay off and opportunities were starting to appear. The single “Escape My Demons” started playing through radio stations and the name of the band was finally spreading out on radio and television interviews. One year later, on November 25th, Sawyer Path added a new guitarist called Olivier Veilleux to their line up to create a new dynamic for the next album. Since he had played guitar with Olivier L’Heureux for many years in other bands, he was a perfect fit. It leaded up to the third album called Toxic Temptation which comes out on April 13th 2018.