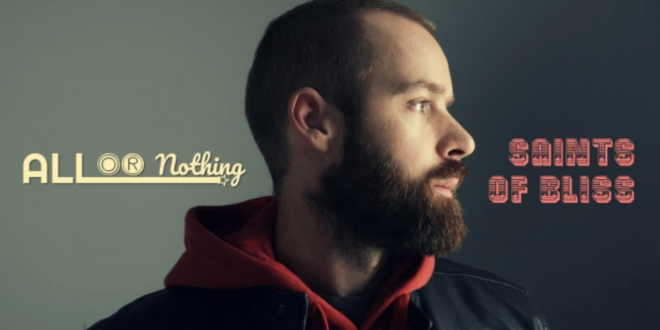 Saints Of Bliss New Single ALL OR NOTHING

Saints Of Bliss is an indie rock band with a story that’s rooted deep within the passion and dedication of the musicians involved in the project. Doc & Jono started the band out of their desire to inspire people and make a positive impact through their artistry and sound. Their recent single, “All Or Nothing” is a great example of the band’s approach: the song is energetic and edgy, yet thought-provoking and emotional, combining powerful lyricism and catchy melodies, echoing the work of influential acts the likes of U2, Oasis, Blink-182 or The Police, only to mention a few. Originally from South Africa, the group is now based in Edinburgh, Scotland, and they are gearing up for an exciting tour, which will bring them to perform throughout Europe and North America. Find out more and let the music tell you the rest of the story!

Stephen Vicino is the founder of MusicExistence.com. He created this site to give talented musicians a voice and a way to be discovered.
@@svicino
Previous Easiest Ways to Create a Video that will Look Stunning
Next RAVEN BLACK Announce Pre-Order for Upcoming ’13’ Album, Due Out 5/10/2018