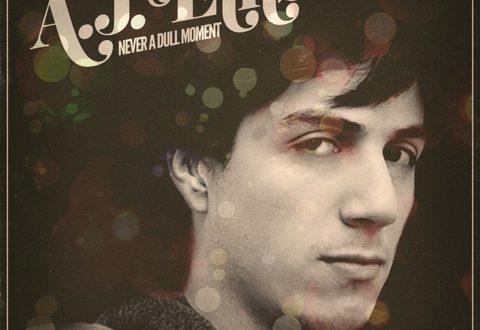 The tale of AJ Ellis is a classic one of a young man from a small town heading towards the bright lights of the big city. Leaving his hometown of Northampton England with a handful of songs and lifelong love of music, a teen-aged Ellis moved to the island of Manhattan.

Initially sharing a dilapidated apartment in the East Village on 7th street with countless other roommates, Ellis worked dead-end jobs by day and scoured clubs and bars for like-minded people at night. He was looking to put his songs to use and start a band that encapsulated his love of musicians like The Jam and Elvis Costello… a band called the Five O’Clock Heroes. Eventually linking up with fellow musicians, the Heroes arrived on the scene just in time for the rock revival of the early 2000’s, when the craze for New York City rock was at a fever pitch.

Non-stop gigging around Manhattan and their post-punk tunes lead to serious buzz for the new band. Their self-released debut album “Bend to the Breaks” was an underground hit, leading to cover stories with Japan’s Cookie Scene Magazine as well as major features with outlets such as Spin Magazine, Rolling Stone, NME, and others.

The band’s biggest and most controversial moment came in 2008 with their sophomore album “Speak Your Language”. Spearheaded by lead single “Who”, the band along with supermodel Agyness Deyn (who featured on the track and in the music video), garnered mainstream acceptance with national TV appearances and tabloid coverage.

“This was really a whirlwind of a time. We went from being an underground band to performing at massive fashion parties in London and Paris. We definitely fell into the usual rock and roll clichés… it was utterly shallow and pointless.”

After the completion and extensive promotion cycle of the Heroes third album “Different Times”, Ellis found himself back home in the UK.

“Ten years of touring and living out of suitcases had taken its toll, but I wanted to do a solo record in the UK.” Ellis went North, and the songs written around that time eventually came to be released as the debut AJ Ellis record “Bury The Devil.” While musically it was a departure from his work with the Five O’Clock Heroes, it still kept Ellis’ knack for catchy melodies and big choruses albeit with a more mellow style and presentation. The album went on to be a critical success with acclaim from outlets such as Paste, NME, and others.

In 2015 Ellis picked up his guitar once again to start writing his second solo album. Upon returning to NYC he called his friends in The Candle’s (who also work as Norah Jones’ backing band), and immediately booked a series of sessions at Brooklyn’s Degraw Sound.

“This time I went in with limited direction. A blank canvas. Coming in with a basic idea and feeding off the other musicians in the room to complete the picture. It was as live as I could get it.”

What came from these fast-paced sessions was the new album “Never a Dull Moment”. With some of his catchiest tracks to date (“Breakthrough” and “Photograph”), Ellis is showing that his song-writing skills have never been sharper. Energized by a tough and powerful performance from The Candles, the album has the production of a classic new wave record but for modern times. 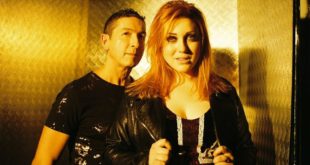