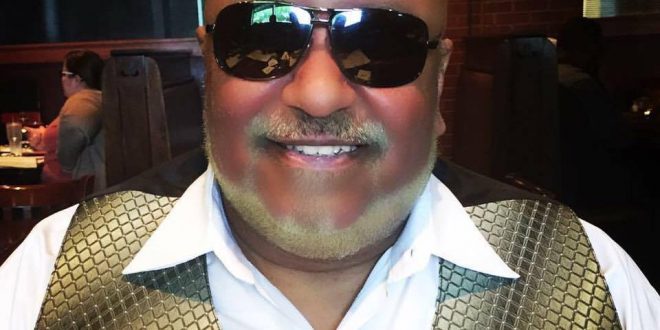 Rod Clemmons revisits his musical roots in “What’s Up? It’s Me” video

Rod Clemmons champions a multi-spectrum sound that takes equal cue from R&B and neo soul. Although the New York singer-songwriter was born blind, his sharp listening and melodic sensibilities fully compensated in the long run. These assets were noticeable as early as age four, when he began classical training on piano. Well into adolescence, Clemmons eventually earned a full scholarship to Indiana University’s Jacobs School of Music in Bloomington, where he would graduate with honors.

Having performed down south, Clemmons became a regular on the Louisville, Kentucky club circuit in the 90s. His prowess was honed especially in the creation of Verdict Records, an indie label providing original releases, as well as in-house production by Clemmons himself. His initial crack at the mainstream came via the 1996 single, “I’m Not Supposed To Feel This Way,” which managed to make the Billboard Dance Charts.

Now, Clemmons has begun anew. His 2018 debut album catalyzed the titular single, “What’s Up? It’s Me,” the first in a series of tracks that center on grasping an emotional clarity within oneself, as well as their surroundings. Its accompanying music video does much to not only successfully convey that theme, but also provide a glimpse of the matured man behind the voice. The perspective shifts between a reenactment of Clemmons’ formative days at the piano, his archived past live performance, and present look in the studio. Altogether, the smooth nature of the music in conjunction with the humbling retrospective shows just how much he has progressed in life. From curious child to grounded adult, it’s fair to say Clemmons has been blessed with a wealth of opportunity, and ultimately, longevity.

For more on Rod Clemmons:

I come from a family who is passionate about all things music. I learned to sing at an early age, and by 13, had my very own Fender Strat guitar. I tried my hardest at learning all that I could. Because I was born with cerebral palsy, I had to teach myself an adaptive playing style. I learned to write and record my own music, despite these difficulties. In college, I started making great use of my writing abilities by reviewing music, as well as copy editing. I guess it's best to stick with what you know, while welcoming a fair challenge at the same time.
Previous Black Veil Brides Share “When They Call My Name” Music Video
Next Gallery: Pop Evil at Starland Ballroom in Sayreville, NJ 03.24.18