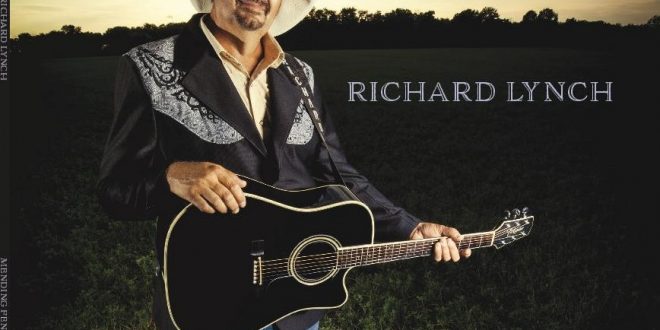 Now, Richard Lynch and Rhonda Vincent have teamed up for the release of, what is sure to be, another trip to the top of the charts. The pair’s toe-tapping duet, “Back In Love Again” hits radio airwaves on Tuesday, October 24, 2017. The track is taken from Richard’s award-winning, critically acclaimed album, “Mending Fences,”

Watch the music video for “Back In Love Again,” featuring “behind the scenes” studio footage at https://www.youtube.com/watch?v=UTsXa_Vq6Pc&feature=youtu.be.

Hailing from Waynesville, OH, Richard Lynch is an American country music artist who has compiled a long list of country hits and chart toppers in the world of traditional country music. His single, “A Better Place” topped the New Music Weekly AM/FM country chart, the IndieWorld Country Record Report, and spent an incredible 32 weeks atop the Roots Music Report True Country chart. His next single, “We’re American Proud” also topped the charts. His last release, “Cut and Paste” also reached Number One the airplay charts. Richard is a multiple-award-winning artist and a member of the Independent Country Music Hall of Fame. He is also the founder of Love Tattoo Foundation for veterans.  http://www.richardlynchband.com

Rhonda Lea Vincent is an American bluegrass singer, songwriter, and multi-instrumentalist. In 2000, The Wall Street Journalproclaimed Vincent “the new Queen of Bluegrass”. Vincent is an in-demand guest vocalist for other bluegrass and country music performers, appearing on recordings by Dolly Parton, Alan Jackson, Tanya Tucker, Joe Diffie and other notables. The International Bluegrass Music Association (IBMA) accorded her its Female Vocalist of the Year award for the years 2000 – 2006, plus IBMA Entertainer of the Year in 2001. The Society for Preservation of Bluegrass Music in America (SPBGMA) designated her its Entertainer of the Year for 2002 – 2006 inclusive. She is a four-time Grammy Award Nominee.  www.rhondavincent.com.

Stephen Vicino is the founder of MusicExistence.com. He created this site to give talented musicians a voice and a way to be discovered.
@@svicino
Previous Inspirational Singer-Songwriter-Activist Rahn Anthoni Hits The “Highway” With New Country-Soul Release
Next Gallery: A Day To Remember at the Tsongas Center, Lowell, MA, 3/15/18