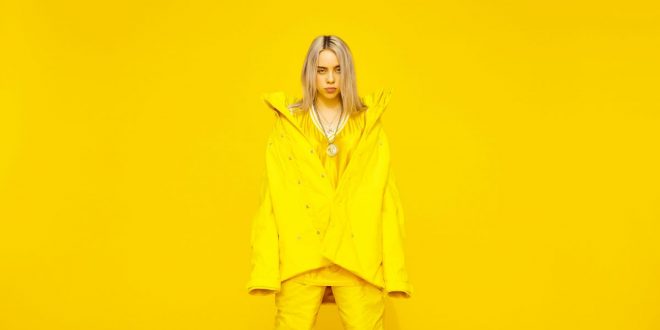 Interscope/Darkroom Records artist Billie Eilish will be the special musical guest on NBC’s The Tonight Show Starring Jimmy Fallon on Thursday, March 22 at 11:35PM/10:35PM CT. She will be performing “Bellyache,” taken from her critically acclaimed debut EP “dont smile at me.”

“Bellyache” was recently featured in the current Music Issue of The New York Times Magazine’s “25 Songs That Tell Us Where Music Is Going.” The magazine applauded the young musician for her refreshing lyrics and songwriting technique, noting her EP “feels otherworldly: solidly electro-pop, her gentle voice juxtaposed with dark lyrics,” adding “our culture demands that young girls crave validation, but Eilish and her cast of characters feel no such thing. There are no apologies in her songs about the disappointments of love — only poetic quips about potential lovers tripping over knives or the subject of a song remorselessly burning the car of an ex-flame.”

After making a whirlwind stop at SXSW last week, where she wowed critics and music fans alike, the 16-year-old continues her SOLD-OUT North American tour, hitting Washington, DC tomorrow and the east coast later this week. Already, critics are raving about her live show with the San Francisco Chronicle complimenting her “luxuriant voice and commanding melodies,” noting “this would probably be the last time she would play a room this size.” Meanwhile, the Los Angeles Times recognized the arrival of Billie Eilish as an indication that “pop’s future has arrived,” praising her for her debut “dont smile and me” EPas “one of the year’s most interesting and inventive pop records” that “could put her alongside Lorde and Dua Lipa as young women driving the future of pop on their own terms.”

Last month, ‘Ocean Eyes’ – also from her debut EP “dont smile at me” – was officially certified RIAA GOLD in North America. To date, “dont smile at me” has surpassed more than three-hundred-millionstreams worldwide, proving this teenage pop-phenom, who has been championed by the likes of Khalid, Lana Del Rey, Tove Lo, Charli XCX, Lorde, Halsey and many more, is nothing short of unstoppable.

Next month on April 21, Billie will also help usher in Record Store Day 2018 with the release of an exclusive 7” pink vinyl featuring an acoustic version of EP track “party favor” plus an inventive acoustic cover of Drake’s international hit single “Hotline Bling.” With only 2000 printed, be sure to head over to your local record store to grab a copy while stocks last. For more information, please visit the official Record Store Day website HERE.

Be sure to catch Billie Eilish on the road this spring on the following dates.

Previous Evanescence To Reissue ‘Lost Whispers’ on Vinyl Exclusively For Record Store Day
Next Dropkick Murphys & Flogging Molly: A Tour 20 Years In The Making Kicks Off June 1 In Cleveland