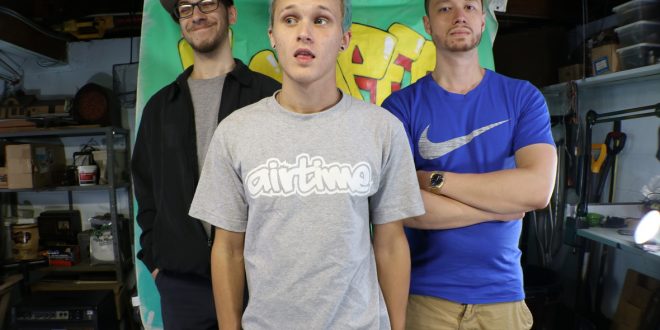 Connecticut-based punk band Scooped Up overindulge in their latest music video for “Weed Song.” Channeling early Blink and Screeching Weasel, the raucous trio set off on a hazy adventure that follows around their favorite rolled up herb.

“This video was really fun to make and happened to be one of the last songs we wrote for the new album,” says vocalist/guitarist Jimmy Barbetti. “We filmed and edited the video ourselves for less than a hundred dollars and we are pretty stoked about how it came out!“

If you’d like a little more insight into the band’s world, you can watch a mock interview they did with “TRL” where they explain that the band formed after a 15 car pileup (that they caused). Whatever it was that brought them together, we’re thankful the band smashed into each other and decided to bestow their punk ethos upon us.

Scooped Up’s debut album Dumbass is scheduled to be released April 20th, but that’s subject to change because, well…they might be busy that day.