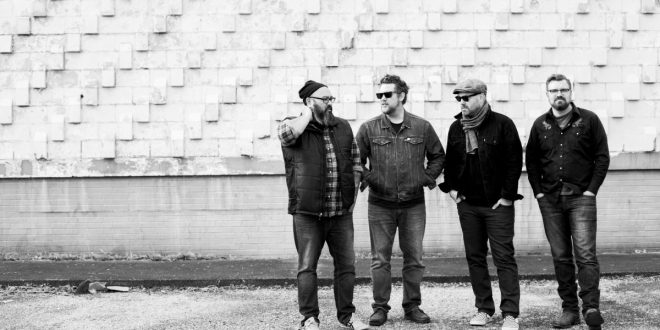 Nashville indie rock quartet Pale Houses have shared another new track from their Songs of the Isolation EP, entitled “Hideaway.” The track premiered yesterday at Chorus.fm, and is the second track revealed from the forthcoming EP, due out on March 30th. In support of the EP, the band will host a release show/party on April 20th at The High Watt in Nashville, with support from Kyle Andrews, Patrick Damphier, and Poly.

Vocalist Aaron Robinson says on “Hideaway,” “This was the first song we wrote for this record. It’s sonically pretty different from much of the EP, but it set the tone for how these songs would come together live. It’s a song about a desperate need to spontaneously get away from everything and reset.”

The two founding members of Nashville’s Pale Houses have long been fixtures in the city’s indie rock landscape. Singer/guitarist Aaron Robinson and drummer Ryan Rayborn’s college-era band Imaginary Baseball League burst onto the scene back in the early aughts, filling clubs and being selected to open for various influential tours. Infighting and clichés halted what to many seemed like inevitable success. In 2012, Rayborn and Robinson began casually working on songs via email. Thinking they might actually have something, the pair recruited two other Nashville vets in Joshua Hood (guitar) and Aaron Yung (bass). The once bare-bones demos grew much wider in scope and sound, giving way to 2013’s broody, dynamic self-titled EP, produced by Patrick Damphier (Mynabirds, Jessica Lea Mayfield). The band reconvened in early 2017 with engineer/producer Brandon Owens (Mutemath) to record a follow-up. The result is Songs of the Isolation – a unique & dreamy mix of indie & rock sounds, blending the musical auras of The Blue Nile, American Football, Death Cab for Cutie, and The Cure, with a hat-tip to 1980s pop.

Tickets & more information on Pale Houses’ EP release show on 4/20 can be found HERE. Pale Houses will release more new music from Songs of the Isolation in the coming weeks.