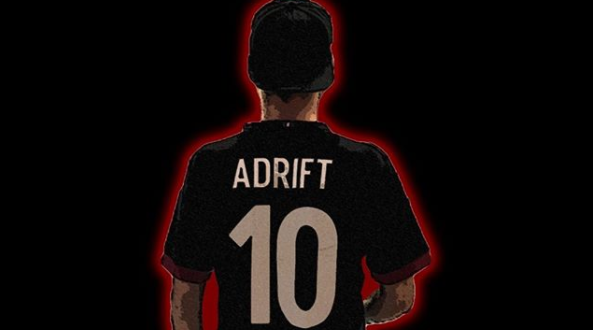 Adrift is a multifaceted Canadian musician and songwriter based in Toronto. While EDM primarily comprises his sound, he also incorporates elements of rock, hip-hop, and R&B to solidify this artistic vision. Adrift’s new single, “For You,” adeptly expresses that spectrum of influences, by way of collaboration with Conn Fuego. Krista Youngs, an established American songwriter based in Los Angeles, California, rounds out the presentation as the song’s lead vocalist.

Initializing through notes of reverb-tinged percussion, the song transitions into a synthesized guitar sequence. The execution in conjunction with the beat works decently, first in a midtempo hip-hop form during the verses, and then in up-tempo rock once the chorus hits. Although Youngs’ tonality is somewhat obscured by noticeable pitch correction, it still emits a distinct sense of command, fitting comfortably within the song’s instrumentation. Overall, this three-talent team play shows promise in delivering diversity, especially when up against electronic music on a more mainstream scale.

I come from a family who is passionate about all things music. I learned to sing at an early age, and by 13, had my very own Fender Strat guitar. I tried my hardest at learning all that I could. Because I was born with cerebral palsy, I had to teach myself an adaptive playing style. I learned to write and record my own music, despite these difficulties. In college, I started making great use of my writing abilities by reviewing music, as well as copy editing. I guess it's best to stick with what you know, while welcoming a fair challenge at the same time.
Previous Gallery: Architects Live At The Fonda Theatre in Los Angeles, CA 03/07/18
Next Echo Bloom – Green