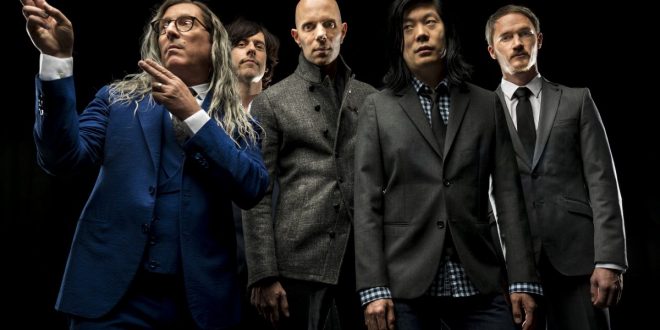 A Perfect Circle, who release their fourth full-length album, Eat The Elephant, on April 20 via BMG, share the video for “Disillusioned”:

The Alex Howard-directed clip arrives as a limited edition 10-inch single of “The Doomed” and “Disillusioned” is released. The collectible vinyl has a dual pressing of both songs on side A and a screen-printed B-side. Order one of the few remaining copies from the band here or pick one up at select retailers beginning today.

“Eat the Elephant is a moody, sensitive portrait of a band that decided to grow up and make a record that reflects where they are now…,” said Rolling Stone of the forthcoming release. Kerrang, who recently featured a double-sided cover of Maynard James Keenan and Billy Howerdel, dubbed the unreleased collection “a future classic.”

Eat The Elephant pre-orders, which offer instant downloads of “TalkTalk”  “Disillusioned” and “The Doomed,” are available now. The 12-song album is available in multiple formats including digital, CD, double gatefold 180-gram vinyl and a box set with both the vinyl and CD as well as a prism and custom playing card deck. In advance of Record Store Day, a limited-edition independent retail exclusive version of the LP on white 180-gram vinyl with alternate cover will also be available.