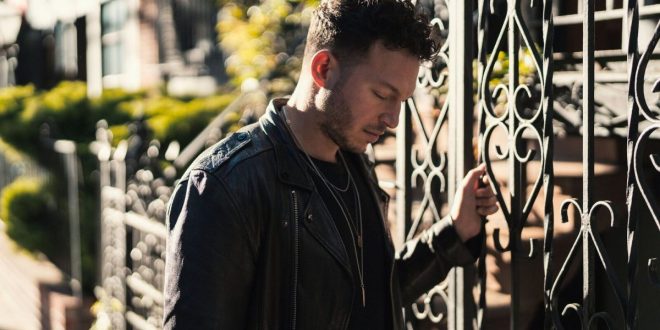 STOLAR, the Brooklyn-based songwriter whom Village Voice called a “poly-genre multi-instrumentalist,” announces his latest single, “ERASE YOU”, a soulful, R&B-tinged piece replete with guitars and 70’s style vocal synthesizers, which is a piece mourning the loss of a love through heartbreak, the agonizing feeling of memories of that love popping up, and the understandable desire to erase it all to ease the pain.

To give fans a tease of “Erase You,” Stolar, who has had past features in Noisey,PopMatters, Village Voice, Altpress and more, recently sat down to perform a stripped down and semi-acoustic version of the song for a One-on-One Session, which was filmed at NYC’s gorgeous downtown groovespot City Winery.  Says Stolar about filming the session at City Winery:

“At the beginning of this month when I started to put together my first live arrangement of a song in a long time, I decided to take a completely different approach. The month of ‘Uncomfortable‘ taught me that the first incarnation of Raw Emotions Live needs to be just me on stage – raw, real and unfiltered. It’s already pushing me to places that are scary but are bringing the songs to life in ways I couldn’t even imagine before. This month’s video of ‘Erase You’ is the first song I’ve put together live and I’m now working on challenging myself to figure out how to have a show that sonically has the depth of the music I’m putting out, but has the intimacy of the Raw Emotions project itself.”

In addition to this live version from One-on-One, a studio version of “Erase You” and its accompanying video, will be released on March 16th.

“Erase You” is part of the ambitious year long project called Raw Emotions, in which the prolific songwriter will release new music every month for a year tied to a different emotion. Each song provides candid insight into the effects of that particular emotion. Stolar created the project to redirect his struggles with bipolar disorder and depression into a creative channel.

With an ambitious goal of releasing two songs, an essay and accompanying artwork per month, Stolar is committed to utilizing his voice and talents to prod at and expose the forbidden and give others hope.

Continues Stolar:
“A few years ago I used to play live shows more that I wrote music. At that point, playing on stage with the support of a band was “comfortable” for me, it felt like home. I have been thinking about that time period a lot during this month’s emotional focus “Uncomfortable.” For the last three years. I think I’ve written over 1000 songs and probably played maybe 40-50 shows. One of the reasons I stopped playing live was that the music didn’t feel right to me anymore. It felt like I was playing a group of songs that didn’t have the depth that I knew they needed.”

Finally, as a special treat for the fans, Stolar has created The Vault, which is a place where the fans can go every week to get exclusive access to new music, videos and photos from the Raw Emotions project not available anywhere else. The Vault will be password protected (password will be the emotion of the month, so this month’s password is “uncomfortable”) and will feature a wealth of new updated material every Friday. 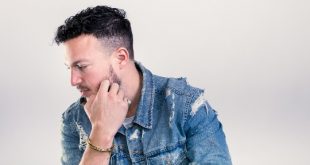