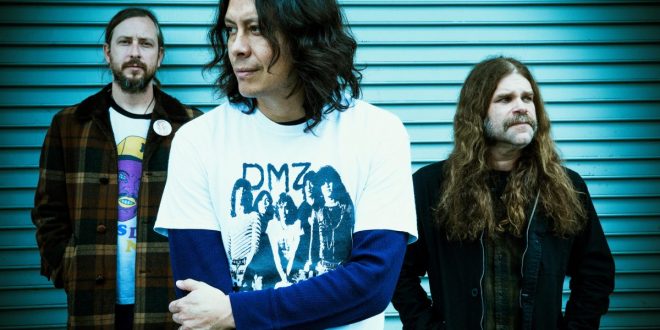 “A whirlwind ride through dark clouds and muddy waters, hi-energy sludge that rolls and heavy riffage that rocks,” is how drummer Mario Rubalcaba described “Black Heaven.” “Psychedelic sprinkles all over the place make me wanna turn this sucker up loud as hell only to howl at the heavens”

“The main riff for ‘Black Heaven’ came about during a soundcheck in Australia in 2015,” adds bass player Mike Eginton. “I think we sort of played that riff a little bit several times on that tour while we were setting up. Other parts came in over the following years, but it wasn’t ever worked on very seriously until we started working on Black Heaven. Then it came together pretty quickly when we started jamming it out.”

The band has previously previewed another track off the album, “Gifted By The Wind.”

Pre-orders, with digital pre-orders including instant downloads of “Gifted By The Wind” and “Black Heaven,” are available now via Nuclear Blast