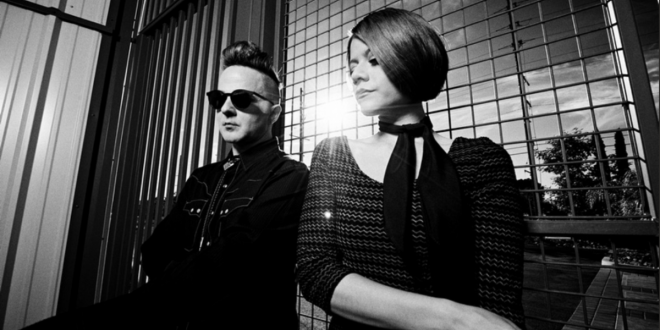 Allison Iraheta’s critically acclaimed Halo Circus have followed up the release of their current single “Narcissist” with an outlandishly bold and in your face video. The video, which premiered on Yahoo! Entertainment was directed by Christopher Rucinski, and features Hager and Iraheta channeling their sense of humor by parading around town in a vintage 1962 Land Rover. Yahoo! Entertainment called the video “bold…another step in Allison Iraheta’s artistic evolution.”

Allison Iraheta talked about the video making experience: “Driving through Los Angeles at 2 am in a 1962 Land Rover was one of the best experiences of my life. And probably one of the most dangerous. I’m so glad we captured it on film. We wanted to show a side of us we’ve never shown before. Couldn’t think of a better way to introduce our new album Robots and Wranglers. We probably broke 10 laws in the making of this video and the crew did an incredible job!”

“Narcissist” will be featured on the duo’s forthcoming Robots and Wranglers album, which is the follow up to 2016’s Bunny full-length and last year’s The East Lansing Sessions EP. Mixed by renowned producer Craig Bauer (Rihanna, Kanye West) the new album sees the band shedding their rock skin and adopting a more electronic sonic approach. Robots and Wranglers drops on March 16th.

“We’ve always seen Halo Circus as an art project,” says Iraheta when describing the band’s sonic shift. “The first album was an alternative rock album, the EP bordered on Americana, and this album is the logical next step for us. We wanted to make an electronic album that was cinematic in scope and sounded like it was recorded on a spaceship.”

In coordination with the release of the “Narcissist” video, the band have also launched an extensive album pre-order that features various tiers and price points, from album bundles to VIP auctions featuring wardrobe items from the music video. Fans can browse the pre-order options at www.halocircus.com.