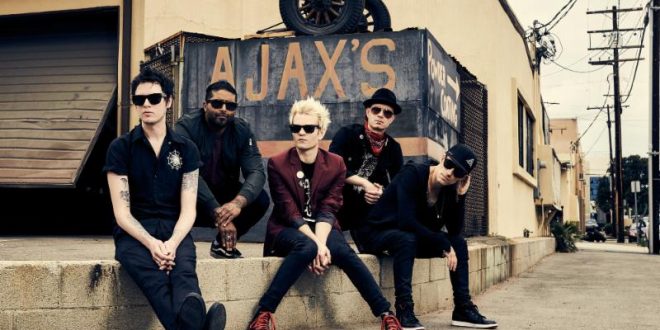 Sum 41 are celebrating the 15th Anniversary of their second studio album with the announce of the Does This Look Infected? Tour! Kicking off in San Francisco, CA on April 27th, the tour will travel across the United States for over 20 shows, wrapping up in Los Angeles, CA on May 26th. VIP Packages will be available beginning tomorrow, February 14th, with all other tickets going on sale Friday, February 16th at 10am Local Time. Fans can go here for tickets & details.

Singer Deryck Whibley shares, “This year was meant to be spent working on new music and I hadn’t even realized that it was the 15 Year anniversary of ‘Does This Look Infected?’. Out of nowhere we started to receive messages from fans asking us to do another DTLI anniversary tour…and when the fans call, we go. This time around is going to be even more special because we have Dave “Brown Sound” Baksh with us! So back by popular demand, we’ll see you on the road this April!”

Celebrated as one of the most essential Pop Punk albums of all time, Does This Look Infected? was full of iconic hits like “Still Waiting,” “The Hell Song” and “Over My Head (Better Off Dead).” The album has been certified Platinum in Canada and Japan, Gold in the United States and Silver in the UK since it’s release in 2002.

Sum 41 released their latest album, 13 Voices in 2016 with a standing ovation performance on The Late Show with Stephen Colbert. Heralded by outlets like

Fans can purchase the album now in stores at Target, on iTunes or streaming on Spotify.

The 10-track album was recorded, produced and engineered by singer Deryck Whibley at his home in Los Angeles and marks the band’s first LP in five years, following up 2011’s Screaming Bloody Murder. Previously released music videos from 13 Voices include “Fake My Own Death” “War,” “God Save Us All (Death to POP)” and “Goddamn I’m Dead Again.”