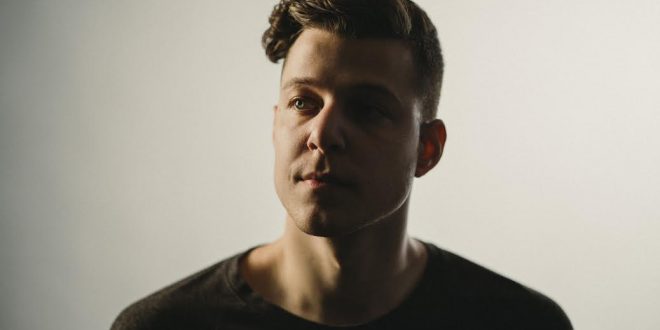 Twenty-two year old Dylan Dunlap is a singer-songwriter from Los Angeles. Over the course of Dylan’s musical and personal growth of past year, Dylan has become a master of using his voice as a tool and music as a weapon. He has earned the respect of many for opening up about his struggles using his beautiful melodies and silky smooth voice. Following the release of his Feels Right At Home EP back in June 2017, Dylan continues to spill his guts in the most honest and transparent way he can through his new single “Microphones & Lights.”

The young sweetheart even apologized for missing the interview on its previously scheduled day and joking about it later (this will make sense in the interview, I swear.)

Music Existence: Hey Dylan!
Dylan: Hey! Thanks for having me. I’m happy that you set aside some time to talk to me. I really appreciate it.

ME: Sure! You just released “Microphones & Lights” which has been doing exceptionally well. How did the song come about?
Dylan: I wrote it a year ago this month. It was at a time of a lot of writers block. I kept trying to force lyrics out, and it just failed time and time again. I realized I kind of just need to take a step back let it happen organically. That’s exactly what happened. I starting thinking about how much of a hypocrite I don’t want to be on stage, how I want to talk about how much I struggle, and I want to talk about how it’s okay to struggle. The lyrics just flowed pretty quickly after that.

ME: It actually just hit 10K on Spotify. Congratulations! And it’s hit many different playlists as well. Were you expecting it to be received so well and as quickly as it did?
Dylan: As cliché as this is going to sound, I never want to have expectations. I just want to help people and make good music. I’m a huge music listener. I’m an avid music enthusiast. I love the idea of being able to create music that I would buy, personally. It seems like everyone’s really enjoying it. It means the world to me. But I never want to expect something to do exceptionally well, because I feel like you’ll always find disappointment with that kind of mentality.

ME: Very true. You just shot a live video for the song?
Dylan: Yes, that’s why I totally bailed on our call. (laughs)

ME: That’s okay! Is this something you did special just for this song, or is it something you always do for new releases?
Dylan: It was pretty special, actually. We have something rolling out… it’s a very documentary-themed music video. It’ll show behind the scenes, and we used this vintage iPhone app that makes it look like I had a classic video camera or something. We’re going to put that out. We’re also going to have this live acoustic thing I did last night as a video, and I just really want to keep pushing this song in as many creative ways that I can without seeming redundant, of course.

ME: I’ve told you this before, and I’ll tell you a million times again. I love what you’re doing as far as raising awareness for mental health. I feel like it isn’t talked about enough, and people tend to shy away from talking about negative emotions. It’s really great that you focus on telling people it’s okay to struggle. I hope I’m not getting too personal here, but how did your diagnosis with autism come about? Was it something someone said to you, did you go to the doctor for something else and this came about, or have you always felt that something was different?
Dylan: I definitely went to multiple people. I believe in getting professional help. I think there’s nothing wrong with that, as vulnerable as that is to say. It came about in a couple of different conversations with a couple of different therapists. I made sure of it. I was perplexed, the idea that I could have it. It was a year ago, so I was just about to be 21. October of 2016. That’s when all of it came about. It was a conversation I had with my girlfriend at the time, who I’m still with. We were just having a very serious conversation and it came up. I wanted to see where that could go, because I very much trust her. I value her a lot. Because of that conversation, I went on this journey of spending the next couple of months trying to understand what was going on. It’s very surreal to live your entire life and think there are certain quirks about you that make you who you are. And not that you were wrong the whole time, but it’s very surreal to realize there are so many more variables that you didn’t know existed. It’s very embarrassing. It was the worst thing in the world for a little bit. Then I kind of just snapped and realized that I cannot be ashamed of this. It makes me exactly the person that I am and the impact that I want to have in this world. I can’t put that down. I need to embrace it.

ME: Do you feel mental health is still a taboo subject as it was, let’s say even a year ago? Or do you think people are finally starting to see that, hey, this is something that can and needs to be talked about?
Dylan: I think that it’s improved a lot. I will always say that it’s an uncomfortable thing for people, which I totally respect and understand. If you go to a club that’s full of industry execs, shake their hands, and do the whole elevator pitch thing… obviously right off the bat, saying “Hey, my name is so-and-so, and I have anxiety and depression.” That’s a turn-off for a lot of people. That does upset me, but I also know that that’s incredibly inappropriate at the same time. The kind of person that I want to be is these issues that I struggle with present themselves organically… Basically what I’m trying to say is I want to have this conversation start organically more often. I’m not trying to start some movement where people go up to strangers and talk about being diagnosed with bipolar or depression or something. I do love the idea of just getting rid of small talk entirely and getting rid of the whole… essentially lying about yourself in talking about yourself in this way that shows you in a light that you don’t struggle or suffer from things. That your life is a glamorous thing in Los Angeles where you wake up… it’s a privilege to be here. It’s the most amazing thing in the world to live in Los Angeles and do what I do. But there are a lot of issues that I and other people have that prevent us from being able to wake up and acknowledge how amazing this is. There are voices in our heads – metaphorical and sometimes actual voices that just want to bring people down. Too many people struggle in this town, in this country, and in this world where it just needs to be talked about more.

ME: I couldn’t agree more.
Dylan: Sorry for my rant. (laughs) I just go off on things… But to answer your question, which I don’t think I even did, I think that where we are right now in the music industry is great. There are certain artists… I think Logic has a song out that are the Suicide Hotline digits. That’s incredible, like that’s the most inspiring thing I’ve ever heard of. I’m looking forward to the future and seeing people who really aren’t doing well but let themselves open up in the industry like that. It’s a very isolating thing to do [this]. To feel like you’re going at it alone when there’s somebody who can relate to your diagnosis or has someone who they know that can relate to it.

ME: Last time we spoke you said you’re into film scoring. I’m curious to see what the latest movie is that you’ve either seen or the film score that you’ve listened to recently.
Dylan: You remember me saying that?! Oh wow. (laughs) The Shape Of Water was breathtaking. I don’t know if you saw that. This guy’s name is Alexandre Desplat, and he did the last Harry Potter’s and a bunch of cool films. What’s cool about it to me is that there’s this whistling track in the film. It’s actually him that recorded it. He didn’t find someone. He said, “Screw it, I can do it myself.” That’s the only one that comes to mind right now. Oh, Sufjan Stevens did a couple of songs in Call Me By Your Name.

ME: Oh, yeah I’ve heard of that one. A friend recommended me watch it.
Dylan: It’s really, really sad. I wouldn’t recommend it. (laughs) But the music is great.

ME: You’ve got a Troubadour show coming up. What first went through your mind when you heard about it?
Dylan: A week before that I was telling my guitarist Kirk that we’re going to figure it out. We’re going to play there. I can tell it’s a dream of his; it’s a dream of mine being from here. It’s just crazy, and not 7 days later they have us booked there and set in stone. It’s terrifying, because it’s a 500 person venue. At the same time, for the first time, I don’t doubt my ability to fill the room. I think we’ll do a really fine job of packing the place and building a relationship with the venue. I was just so taken back by how quick that process was after talking to Kirk about it.

ME: You’re also getting ready to go to the U.K. Is this your first time outside of the U.S.?
Dylan: First time touring outside of the U.S., yes. I’m still trying to find the difference between a euro and a pound. I’m probably going to have a hard time up there. (laughs) I’m really excited. To book something like that in a very professionally consolidated manner… to have like 9 or so shows in a row, it’s something to pat yourself on the back for. I just can’t wait to meet so many new people. It’s going to be a great experience.

ME: Definitely. Do you have any must-see places you’re looking forward to?
Dylan: I literally don’t know a single thing about London. I know there’s the Big Ben, which is currently not working right now. The clock doesn’t tick… If I have free time, I may go check out Harry Potter World.

ME: What else can we expect from Dylan Dunlap in 2018?
Dylan: A lot of new music. I think that this is a really cool direction that we’re going in right now. It’s definitely a lot of growth in terms of production. A lot of honesty over positivity. Transparency and honesty are key towards this entity that I’ve created for myself. I just want to be as honest as possible. There’s going to be a lot of more singles coming out. I definitely recommend anyone to stay updated. It’s not going to be too long now.

ME: I want to wish you a happy late birthday. Keep doing what you’re doing, because you are killing it. I’ll hopefully talk to you again soon!
Dylan: Absolutely. Thank you so much. Have a good rest of your night.