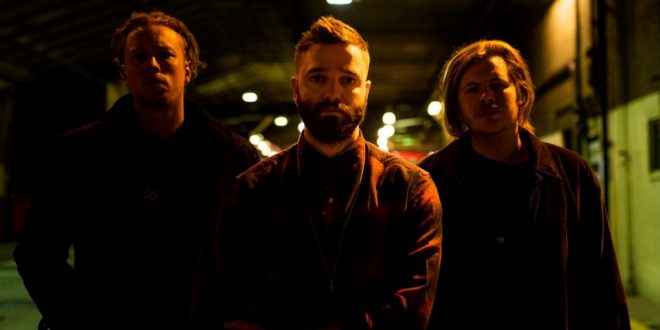 Mt Wolf return in 2018 with news of a 6-date headline UK tour alongside the release of a video to accompany the single ‘Bohemia’ (available to stream via digital outlets from today).  Taken from their 2017 ‘Aetherlight’ album, ‘Bohemia’ is a perfect demonstration of the sweeping sonic landscapes the band have become renowned for around the globe.   A re-working of the track that appeared on ‘Aetherlight’, this new adaptation of ‘Bohemia’ comes lavished in an even grander string arrangement, adding a further layer of depth and emotion, and elevating it to even grander, heavenly heights.

Directed by James Ayling, the ‘Bohemia’ video is an exquisite piece of cinematography.  Producer Ferdinand Kuyper explains: “It was imperative that the production quality of the video matched the music and the creative concept to make this piece standout.  Bohemia is a hauntingly beautiful composition of music that stands out among the many forms of popular music that is available to listeners”.

“There is a purity of performance in ballet that expresses the sentiments of the music and conveys the nature of the composition perfectly. The years of practice, hard work and sheer determination to succeed is visible from the seemingly effortless performances from both our skilled dancers, without whom this production would have been entirely unrecognizable.”

With over 10 million Spotify plays now registered, the band will return to the UK in March for a 6-date headline tour.  These will be their first headline live shows of 2018, and their first since 2 sold-out New York shows and an appearance at Mondo Festival in NYC in October 2017.  The upcoming UK dates are:

Mt. Wolf consists of singer-producer Sebastian ‘Bassi’ Fox, guitarist Stevie McMinn and drummer Alex Mitchell. Having impressed the online tastemakers with their early EP releases Red (2015) and Hex (2016), the band’s hallmark splicing of electronic and acoustic elements and layered sounds has earned them comparisons to the likes of Sigur Ros, Bon Iver and The National.