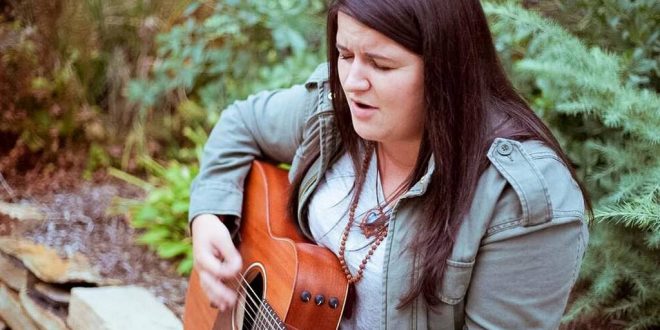 Christina Holmes is a singer/songwriter who recently released her second album, Stand Up, via her very own record label Cove House Records.  She has toured with the likes of Trevor Hall, Xavier Rudd, and Nahko of Medicine for the People.  Christina’s honesty and empowering music has captivated audiences and has prompted her to share more of her life story.

Her 2017 single “Forget Me Not” is a heartfelt ballad written about her journey of finding love with her fiancé and becoming comfortable in her identity as a queer woman.

Showing the diversity in her songwriting, Another of her songs, “Always”  is a powerful, emotional tribute song. Christina wrote the song “Always” for her father who recently passed away and features a recording of his voice.

We got a chance to chat with Christina about her music, and what motivates and inspires her, here’s what she had to say:

Music Existence: How would you describe your sound if talking to someone who has never heard your music?

ME: How did you first get into music?

CH: When I was a kid. My dad always sang to me and he got me into music.

ME: What show would you consider to be your “breakout gig” to this point?

CH: I would say when I got to open for Trevor Hall on his Kala Tour back in 2015. I had toured a bunch before that but that tour was the first big gig I had supporting one of my favorite musicians.

ME: What drove you to go into a genre such as reggae?

CH: My cousin and I would always listen to reggae together starting when I was about 6. It has influenced my music since the beginning.

ME: What should people expect from your live performance when coming to see you play live?

CH: A lot of heart and Soul. Coming to my shows you will get a look into my life and my stories. Me and an acoustic guitar is normally how I roll but I am excited to play with a full band as well as showing my fans my looping side as well.

ME: Do you write your own songs?

ME: What should people expect from You in 2018?

ME: What was the first album you purchased?

ME: First concert you attended?

ME: Most influential band to you personally?

CH: Bob Marley and The Wailers / Nahko and Medicine For The People