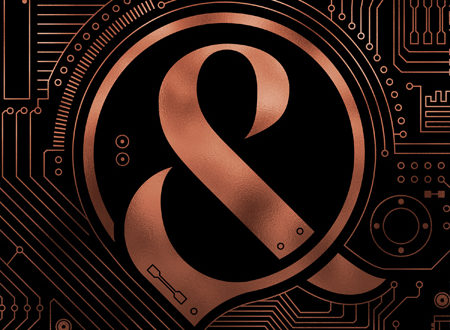 Two years might not seem like a long time to some people, but for Of Mice and Men, it’s been a bit of a rollercoaster since the release of Cold War in 2016. The departure of founding member and frontman Austin Carlile came as a shock to fans, and Of Mice and Men seemed to be on shaky ground.

Now, Of Mice and Men’s future looks a little more certain. New singles started dropping over the autumn, and thankfully those glimpses into this new era were promising. Finally, this month saw the release of Defy, their first album with bassist Aaron Pauley taking over on lead vocals.

From the get-go, Defy provides everything you could need in an Of Mice and Men record. Every song is sleek, dynamic, energetic, and complex, drawing you in further and further until you are immersed in their music.

The titular track “Defy” with the familiarity of a strong metalcore riff, but with the fresh take of Pauley’s clear-cut voice, covering both unclean vocals in the verses and the sung chorus sets the defiant tone of the whole album. By the sound of it, Of Mice and Men aren’t going to back down anytime soon.

“Instincts” and its successor “Back to Me” demonstrates their musical range. The first easily ramps up the heaviness of the track but avoids the often formulaic, repetitive traits that other hardcore bands can fall into. “Back to Me” is heartfelt, stripped back, and one of the more poignant songs on Defy. If it weren’t for the album’s finale, it would easily win that title, but there’s more on that to follow.“

Unbreakable” was their first single following the line-up change, and it’s a prime example of Of Mice and Men managing, and indeed succeeding, under new circumstances. Pauley flows easily between vocal styles, working in tandem with the melody and never missing a beat.

An unexpected but welcome addition to Defy  is a cover of Pink Floyd’s “Money.” It comes with an unspoken question, “If you can do something, does that necessarily mean you should?” The answer, in this case, is a resounding, “Yeah, go on then.” They’ve given the classic rock anthem a metalcore makeover I didn’t realise could be done, but one I think has paid off. And if it isn’t your cup of tea, the original still exists, so everyone wins.

“Warzone” was written specifically with the live show in mind. When writing this album, Of Mice and Men had just come off tour, and wanted a song for their fans to really enjoy. It’s pure hardcore with thrash drums, heavy riffs, and guttural growls throughout. This song really is best enjoyed in a circle pit.

Their self-titled album in 2010 saw the release of “YDG.” The Flood brought its sequel, “Still YDG’n.” In Defy, Of Mice and Men complete this trilogy with “Forever YDG’n.” “YDG” is apparently an abbreviation of “Ya dig?” which serves as a mantra of sorts for the band:

“Are you with it, or are you not?’ You have to be the proponent of positivity in your life. ‘YDG’ means to believe in yourself. It was important for us to include ‘Forever YDG’N in this album.” – Tino Arteaga (Drums)

Each contribution to the YDG saga appears to come at a time where Of Mice and Men want to be assertive to both their fans and themselves that the band is still going strong. It’s a message that they believe in themselves, and so should you.

Defy culminates in the unanticipated, but entirely appropriate, “If We Were Ghosts.” This poignant, melancholy ballad-like song is in memoriam of lost friends and family, and in particular the late Chester Bennington. The Linkin Park frontman not only was inspirational to Of Mice and Men as a band but was also a friend and mentor. The emotion is evident in this song, from its mournful melody to its lyrics, “I have to wait till I get to the other side, cause I never, never got to say goodbye.” The song overall does have a Linkin Park vibe to it, showing their influence over Of Mice and Men, and countless other bands which exist today. Really, I can’t think of a better tribute.

Defy appears to be aptly named. Of Mice and Men have refused to let anything get in their way of making the music they want to hear. Although they’ve been through some changes recently, they haven’t lost anything from the music. If anything, it’s helped them grow stronger in the face of adversity. They’re certainly defiant.

Watch the music video for “Unbreakable:”

Defy is available to download, stream and buy in store:

Freelance arts, culture, and music journalist. Lots of words and some radio. Studying for an MA in Media and Journalism. Trying their best.
@lozreviews
Previous Gallery: Diane Coffee at The Ready Room in St. Louis, MO on 1.20.18
Next Late Sea peaks in artistic presentation with “Hunter” music video