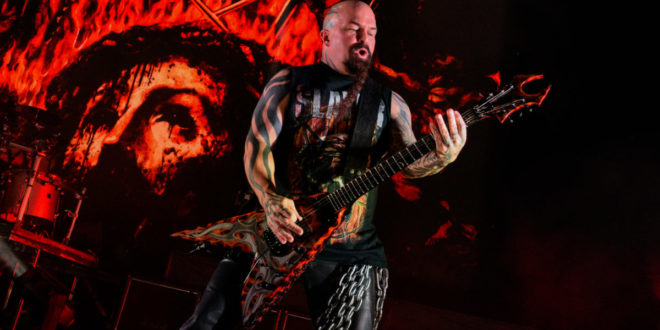 Few bands are as synonymous with the heavy metal genre as California thrash metal legends Slayer. Since the release of their debut album “Show No Mercy” in 1983 Slayer has consistently been one of the most popular and influential bands in the genre. Along with the other 3 members of the “Big 4” (Metallica, Megadeth, and Anthrax) Slayer is partially credited with bringing thrash metal into the mainstream. Things slowed down for Slayer after the tragic 2013 death of their original guitarist and founding member Jeff Hanneman, and subsequent departures of original drummer Dave Lombardo. Now, Slayer have announced that their next world tour will be their last one.

While specific dates and countries have yet to be announced the band did reveal the touring linep for their final North American dates, which will come supported by Lamb of God, Anthrax, Behemoth and Testament. 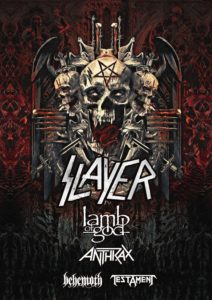