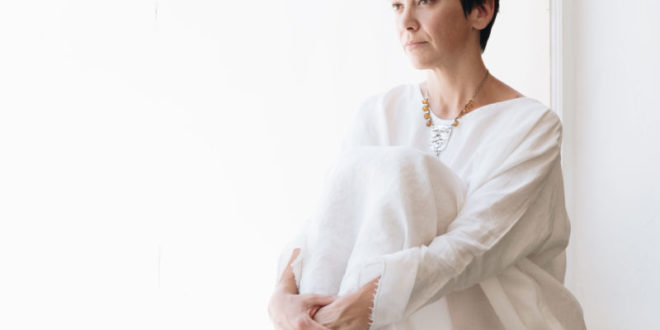 “Slow Dance,” the latest single from Inara George’s upcoming solo album Dearest Everybody, produced by Mike Andrews and out January 19, has been released. A bittersweet reminiscing of her youth, “Slow Dance” showcases an entrancing rhythm and ethereal vocals, its dreamlike quality providing a tangible snapshot of Inara’s free-spirited formative years.

“When I turned 42 I had a “Slow Dance” party,” says Inara on the inspiration behind the song. “It was a great party… lots of dancing and carousing. The night reminded me of a certain part of myself from my youth. A part that isn’t really as available to me, nor is something that I long to be anymore. But still, the next day left me with a real sense of nostalgia. Growing older can be painful. I had some metaphorical growing pains. But one of the gifts of getting older is that I know that the end of something always leads to another beginning.”

“Slow Dance” follows on the heels of “Release Me” and “Young Adult” from Dearest Everybody, Inara’s first solo album since the release of Accidental Experimental in 2009. Inara, who is one half of The Bird and The Bee (her collaboration with Grammy-winning producer, singer, and instrumentalist Greg Kurstin) and a member of the Living Sisters, was recently featured on Foo Fighter’s “Dirty Water” and Superfruit’s “Everything,” which she co-wrote for their debut album Future Friends. Over the summer, Inara also performed alongside that dog. at Riotfest and duetted with Shirley Manson and Garbage at the Hollywood Bowl in Los Angeles.

Dearest Everybody will be released digitally via Release Me Records, with vinyl available via Slow Down Sounds. Preorder the vinyl in which the lacquers were cut by Kevin Gray from the original 96/24 final mix files, plating and pressing at R.T.I., pressed on the best vinyl compound in the world (HQ-180), and housed in an Old Style Tip On double gatefold jacket from Stoughton Printing.