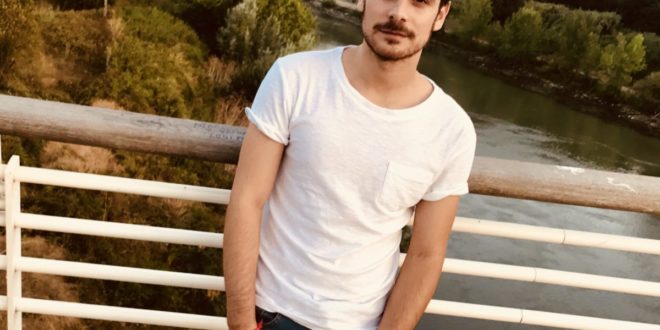 Silence as necessity and opportunity, through a revisit of an unforgettable piece. Michael Lukes presents ‘The Sound of Silence’, the famous success of Simon & Garfunkel, in a new and refined look.

“Sound of silence – explains Michael Lukes – came to light in a hectic and very uncertain period: it was composed in the same decade as the assassination of JF Kennedy, the rise of Martin Luther King and the civil rights movement ending in a revolutionary period of art and music. A similar period to what we are living now, dominated by progress and technology but also moments of tension – from the massacre of Paris and Manchester to the Global uncertainty such as tensions between the USA and North Korea, sometimes it feels we are back in the ’60s, with different protagonists, but similar scenarios. Which is why I chose to record this piece “.

To have the opportunity to reflect on “The noise that surrounds us – Michael Lukes continues – I hope it will encourage us to pause for a moment and savor the silence, a silence that can be a wonderful cure, an ally, a friend “.

After recording ‘Infiniti Noi’, his debut song, the Italo-British artist focused on a piece in English to reinforce, thanks to a slower and more enveloping rhythm, the importance of the text:

“It is a very profound text and in addition to what I was saying earlier, I feel it expresses many truthful concepts: we must think, for example, about our ego, the fact that we often talk without listening to others. Here, we should try to think less about ourselves: perhaps this could be the key to living better”.

The song is available on all digital platforms.

Stephen Vicino is the founder of MusicExistence.com. He created this site to give talented musicians a voice and a way to be discovered.
@@svicino
Previous Let your mind escape into the world Invadable Harmony has created.
Next The Hunna debut new track, “Flickin Your Hair” via 300 Entertainment – US tour this Spring