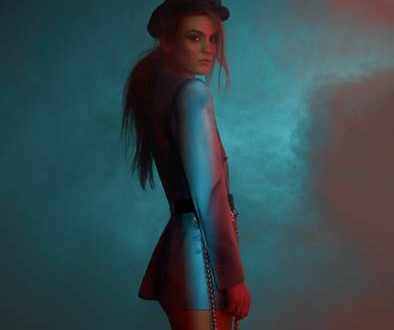 “It’s about getting lost in what California is,” she explains. “It tells the story of a guy and girl who started talking and end up hooking up. It’s easy to lose yourself in California. That’s where the ‘Daze’ comes from. I feel like I’ve held on to myself though. I don’t want a relationship that’s going to flip and flop. I’m not dealing with that.”

The Ohio-born and Los Angeles-based songstress is a self-proclaimed, “open book.” Unafraid of challenging status quo, Jenny makes sure to not hold back when it comes to writing her music and is unashamed in sugarcoating real life scenarios.

Jenny caught the entertainment bug early in her childhood and attended New York’s prestigious Stagedoor Manor acting camp five years in a row. She later landed acting roles with Marisa Tomei and Minnie Driver in the horror film Laboratory Conditions as well as starring in the short The Stanford Letter and a 12-minute Secret Deodorant anti-bullying spot entitled Meanamorphosis. Ultimately, Jenny wanted to focus on her passion for music and teamed up with producer Tony Rodini [blackbear, Weezer, Terror Jr.] in 2017 for her upcoming EP.