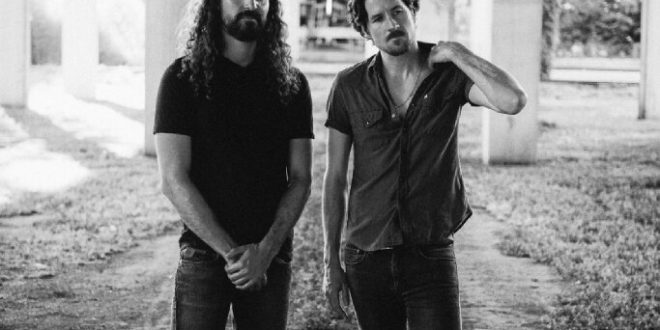 2017 has brought us a diverse assortment of releases. Whether is was groundbreaking debuts or mature, forward-thinking projects from already established artists, this year offered numerous surprising moments that left us with plenty to keep our speakers busy. Now that 2018 is here, I’ll take a look at some of my favorite releases that this past year brought to the table.

One of the more underrated releases of the year came from Canadian blues rock duo Black Pistol Fire. While two-piece rock acts are a dime a dozen nowadays, Black Pistol Fire successfully set themselves apart thanks to their lively performances and willingness to experiment with their sound. While Deadbeat Graffiti offers plenty of blues-oriented tracks to satisfy fans of the genre, it’s the album’s daring genre blending that aids to it being one of the year’s best. Whether it’s the hard rock guitar work in “Don’t Ask Why,” the folk influence in “Watch in Burn,” or the almost funk approach to “Coattail Rider,” Black Pistol Fire provide a plethora of various styles rooted in their music, thus making their sound truly stand out compared to many other acts in the genre. If Black Pistol Fire continue along this no-holds-barred approach to their song crafting, then they will soon garner the respect they deserve.

Open Mike Eagle yet again proves to be one of the most unique voices in hip hop. Having already proven himself to be one of the genre’s most socially conscious artists, Open Mike Eagle continues to blend together his signature humor and relaxed delivery to create one of the smartest hip hop projects of the year. In Brick Body Kids Still Dream, Eagle tackles the demolition of his childhood Chicago neighborhood. Eagle reflects on the treatment of his community and offers a simple longing for improvements to be made surrounding the condition of the population’s well-being. For many other artists, Brick Body Kids Still Daydream would mark a positive step towards a mature path, yet for Eagle it simply meets the already high expectations that he’s raised for himself.

Having already established a name for herself by writing songs for various chart toppers, there was a good amount of buzz surrounding SZA’s full-length debut. While her three previous EP’s gave listeners a small taste of her talent, Ctrl put SZA’s capabilities as an artist on full display. Ctrl was one of the standout R&B albums of the year thanks to SZA’s warm vocals, her respectably personal lyrics, and the album’s overall clean production. SZA isn’t intimidated to put herself at the forefront of her work and the result is an undeniably vulnerable yet touching piece of art. 2017 has already been a rightfully huge year for SZA and if this debut is any indication, she’ll be a staple in the music industry for a long time to come.

Code Orange have previously established themselves as a respectable band within their genre. Their previous releases Love is Love/Return to Dust and I Am King demonstrated well-performed, yet fairly straightforward injections of hardcore punk. Forever, on the other hand, marks a turning point for the band. Expanding on their punk sound and incorporating elements of metalcore and sludge metal, Code Orange have showcased an evolved sound that moves beyond the sheer brutality demonstrated in their prior albums. Tracks like “Forever” and “Kill the Creator” show off the band’s signature grimy style, while “Bleeding in the Blur” offers a more accessible moment that could appeal to a wide variety of more traditional hard rock fans. Forever is Code Orange’s most diverse LP thus far and shows that the band is moving in a promising direction.

The fact that Converge have been making music for nearly three decades makes it all the more impressive that they’re also one of the most consistent modern metalcore bands. Time and time again, Converge have released one genre staple after another, ultimately setting a high bar for what modern hardcore music can accomplish. The Dusk in Us might not stray away from Converge’s usual formula all too much, though it shows the band utilizing their typical aggressive style in energetic fashion. With complex time changes, crushing instrumentals, and poetic lyrics, The Dusk in Us proves to be yet another formidable addition to Converge’s already expansive discography.

Having already made a name for himself by collaborating with artists like Kanye West and Solange, expectations were high for Sampha’s debut album and Process did not disappoint. With moments like the haunting tone of “Blood on Me,” the more electronic-driven “Reverse Faults,” and the gorgeous baroque style of “(No One Knows Me) Like the Piano,” Process shows Sampha firing on all cylinders and fully proving his wide array of abilities as a pop musician. Sampha’s voice carries a delicate tone and his lyrics are presented in an unrestricted fashion, allowing his raw emotion to flow all throughout the project. Now that Sampha has put himself front and center, it will be fascinating to see how he evolves from this point.

DAMN. marks Kendrick Lamar’s most commercially successful project to date, and for good reason. The Compton rapper had previously established himself as one of the most eloquent voices in the music industry thanks to Good Kid, M.A.A.D City and To Pimp a Butterfly and his most recent LP continues this path. Having gone down a more accessible route this time around, DAMN. blends together Lamar’s signature insightful lyrics with catchy pop hooks to create a landmark in rap. While this project allows Lamar to not only focus on familiar topics such as police brutality and gang-related violence, DAMN. also showcases Lamar reflecting on the pressures that come with his own role as a prominent voice that people turn to regarding his insight. Although DAMN. might not be put on the same pedestal as his first two LPs, it’s still a monumental work that cements Lamar as arguably the best hip hop artist of his time.

It was only back in June when Brockhampton released their first official LP, Saturation, and exploded onto the music scene, establishing them as one of the breakout acts of 2017. The boy band went on to release Saturation II only two months later and Saturation III at the tail end of the year. With a handful of colorful MCs, Brockhampton have released thought provoking hip hop that has made listeners take note that they are one of the most original acts in their genre. With creative beats and lyrics that deal with a wide array of topics such as race, vulnerability, queer identity, and rape culture, Brockhampton have set themselves apart thanks to their distinct image. With another album already planned for 2018, Brockhampton show no signs of slowing down any time soon.

With Brutalism, Idles have not only created what is arguably the best punk record of the year, they’ve also put forth one of the genre’s most biting works of political commentary in recent memory. Lead singer Joe Talbot uses his snarling vocals to deliver a plethora of sarcastic and satiric lyrics that take on various hot topics. Whether the band’s focusing on the heinous acts of sexual violence in “Mother” or the bleak realities of mental illness in “1049 Gotho,” Idles offer a forward-thinking stance in every area they tackle. Now that they’ve released one of the most memorable debuts in recent memory, the U.K. group has set the standard for what modern punk music can stand for.

Flower Boy is not only one of the best records to come out in 2017, it’s also one of the year’s biggest surprises. Throughout his career, Tyler, the Creator has built a reputation known for turning heads thanks to his raucous personality. Albums like Goblin and Wolf gained notoriety for their harsh, violent lyrics and rather sophomoric tone, which ultimately labeled Tyler as a brash character in the world of hip hop. However, his most recent project gave listeners a new side of Tyler that practically no one anticipated. While tracks like “Who Dat Boy” and “I Ain’t Got Time!” demonstrate his typical fierce persona, the album also gives Tyler the opportunity to shine as a maturing artists. Tracks like “Foreward,” “See You Again,” “Garden Shed,” and “911/Mr. Lonely” showcase Tyler’s maturation as a lyricist as he deals with topics ranging from loneliness to his own sexual identity. It’s an undeniably progressive step forward for Tyler that proves he has the musical chops to keep evolving as an artist and hopefully continue along this more polished path.

The Dukes – Smoke Against the Beat

Waxahatchee – Out in the Storm

Cain Miller is an aspiring writer who hopes to work his way up and gain notoriety for his material. Having written about film, television, music, and sports, Cain is always looking to gain as much experience as he can and continue to improve his writing abilities.
@cainemiller
Previous SENSES FAIL Announce 2018 Headline Tour
Next Maggie Schneider drops empowering new single, “Chuck Bass” 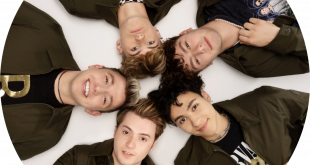