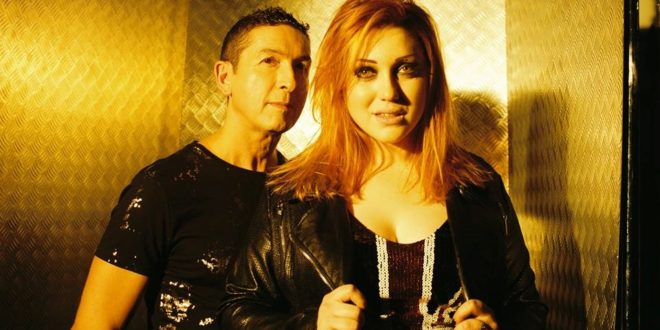 The Boxes have left a highly unexpected, yet indelible impression on mainstream pop as it stands. A Gardanne, France-based duo featuring Angelique Jerez and Philippe Domenech, they describe their music as “subtle pop tinted with electro, carried by a voice of hell.” Without context, such a description may come off as a bit rambunctious, perhaps slightly off-putting to potential listeners. However, the band’s identity has proven anything but. They’re currently signed to Universal Music, one of three major US record labels, which is quite a feat, given their formation just two years ago.

“Angels Are Gone,” the by-now definitive staple for The Boxes, is considered so for the right reasons. It surpasses the bands tongue-in-cheek nature by providing hooks, balanced production, and lyrical accessibility. One listen to Jerez’s voice—which clearly contrasts from the latter part of the description—and I am hooked. Her vignettes in seeing through her lover’s façade are simply spot on. Domenech reverberating guitar sequence is something of a direct complement to them, focus fluctuating between fluttering delay and short but intense bursts of distortion. The song’s chorus, though, is what wins overall, and encapsulates what such a component should contain – a sense of non-artificial bigness, memorability, and depth. By this song amassing over one and a half million listens on SoundCloud alone, it’s no wonder that The Boxes have, by all accounts, broken through.

I come from a family who is passionate about all things music. I learned to sing at an early age, and by 13, had my very own Fender Strat guitar. I tried my hardest at learning all that I could. Because I was born with cerebral palsy, I had to teach myself an adaptive playing style. I learned to write and record my own music, despite these difficulties. In college, I started making great use of my writing abilities by reviewing music, as well as copy editing. I guess it's best to stick with what you know, while welcoming a fair challenge at the same time.
Previous “Hop Out” Luck Feat. Yung Skeet
Next IN FLAMES Announce Borgholm Brinner Festival July 27-28 at Borgholm Castle