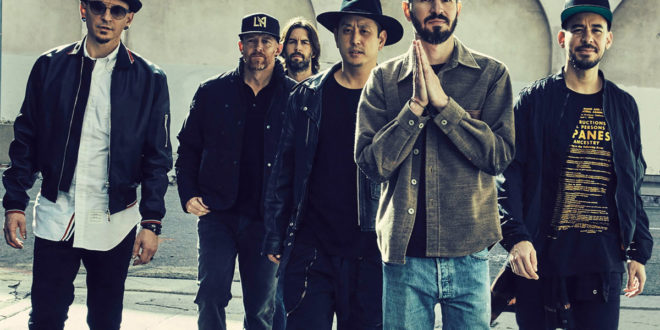 This year has been a real rollercoaster year for rock music with great albums, the departure of members, sell-out shows, then unfortunate passings. Put all these together and i’m sure most would agree that it hasn’t been a perfect year, but it’s what the rock community have done in light of dark situations that have turned 2017 into a remarkable one.

Here’s a list of a few bands that have not just been some of the most important of this year, but also influential for future years to come.

These guys have had a pretty crazy year while they’ve hit mainstream rock in the face pretty hard recently. Huge tours and a new album with some amazing rock anthems including Misery and I Choose To Live. This year the band followed up their success of their EP’s by giving us their debut album Eternity, In Your Arms which has turned out to be a massive success.

The band have touched quite heavily on their debut record on mental health and angsty troubles including failed relationships and debating life. The wide array of goth-punk sounds is very impressive which can start off with a fast-paced, almost messy yet still perfectly put together.

It hasn’t been easy at all for these guys over the past few years with their guitarist & songwriter suffering from cancer which sadly, eventually led to his passing in August back in 2016. Since Tom’s passing the band understandably put everything musical, on hold. Their latest record All Our Gods Have Abandoned Us was the last that Tom wrote for Architects before his life prematurely ended, but got half way through writing a new track for Architects but sadly couldn’t finish it.

Since then, the boys have come back HARD. They bravely got a new guitarist Josh and have brought the crazy lyrics, riffs and manic live performances back with appearances at several festivals worldwide. A few months ago, they finished up and released the track that Tom couldnt, Doomsday, which is truely incredible and was recently announced track of the year on BBC Radio 1’s Rock Show with Daniel P Carter.

As well as the great success with their new material, the guys also announced a one-off show in London’s massive and iconic Alexandra Palace which is now totally sold out! Good luck to these guys in 2018, i’m sure they won’t need it.

These guys having been selling out shows like crazy since the release of their second record All We Know Of Heaven, All We Need OfHell. They’ve toured around the world all year with sell-outs being the majority and if you listen to the album, there really is no surprise.

With great talent comes great achievements and PVRIS have won endless awards this year including Rocksound’s Artist Of The Year award as well as front-woman Lynn winning Vocalist Of The Year in this years APMA awards, which is huge! All We Know Of Heaven is pretty much just an upgrade, a 2.0 of their amazing, debut release White Noise which peaked at #11 in the Rock Album Charts back in its year of release in 2014.

If you are yet to listen to PVRIS then I strongly suggest that you do because these guys, in my opinion probably are the band of 2017 and I want you all to see why.

Fresh off their European tour, it’s nice to see these guys finally gettig some chill-out time over this christmas period because Neck Deep have really been at it this year. Keeping themselves busy with performances at some major festivals like Download Festival and Slam Dunk Festival during the summer, then the release of the bands third full-length album The Peace and The Panic in August of this year, and then the start of their tour in support of their recent release around the UK and Europe up until now, they deserve it.

The Peace and The Panic in my opinion, is the best material that Neck Deep have released thus far, which is a great job considering their previous record Life’s Not Out To Get You was so amazing. The guys will be continuing their tour for the album in the new year over in the states and even visiting South America for the first time to play some shows!

Neck Deep won Best British Band in this years Rocksound Awards which is an awesome achievement and goes without saying that it really is well deserved.

These guys released their latest studio album this year One More Light which I have loved dearly simce it’s release. At first, this album wasn’t completely loved by their fan’s like previous albums have done with fans contunially compring the new sound of One More Light with the bands massive record Hybrid Theory from back in 2000.

Their new sound was brilliant and in my opinion one of the best release of this year, possibly due to how the sound has changed… I loved it when Bring Me The Horizon done it, I loved it when Being As An Ocean done it in their recent album, and Linkin Park was no exception for me.

Unfortunately, all good things came to an end with the devastating passing of lead vocalist Chester Bennington not long after the release of One More Light. Chester’s passing came as a big shock to fans worldwide and ripped the hearts of millions.

Months later, the band set up a memorial show for Chester which included many guest appearences from the likes of Oli Sykes, Jeremy McKinnon and Blink-182 just to name a small few of the massive number of guests who took part to honour Chester and his legacy of Linkin Park.

Chester also won an award with Rocksound which was the Rocksound Icon Award which is amazing, because he was one of the biggest icons in the industry and he will continue to be for the future. For each sale of the Rocksound magazine this month, £1 will be donated to the One More Light fund in Chester’s memory.

Click Here to raise money for Chester’s favourite causes with the One More Light fund. 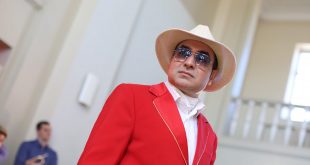