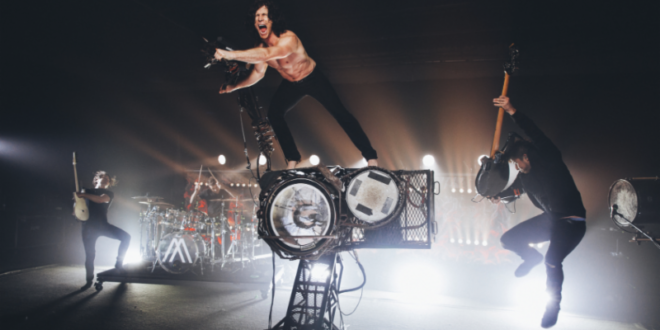 Nothing More Drops New “Do You Really Want It” Video

Capping off a banner 2017 in which Nothing More catapulted to the global forefront of rock with the to become the most nominated rock act at the upcoming 60th GRAMMY® Awards, the San Antonio-based four-piece is poised for mainstream crossover success in 2018.

Yesterday, the band spoke to Billboard about their stratospheric 2017 rise, teases future plans, and reveals the breathtaking new video 360 for “Do You Really Want It”.

Known for exhilarating, immersive live shows, Nothing More takes viewers into 360° live-video hyperspace with “Do You Really Want It”. Shot on location in Dallas and Denver during the band’s 2017 U.S. Headline tour, the clip employs multiple 360° cameras and uses an effect known as “tiny planet” to capture the dynamic raw force of Nothing More’s live show. The result is out of this world.

With numerous year-end accolades under their belts and the GRAMMY® ceremony coming up next month, Nothing More show no signs of slowing down in 2018. The band has a series of headline U.S. dates launching in February and join Papa Roach’s North American tour in April. European summer festival appearances are also beginning to emerge. Dates below.