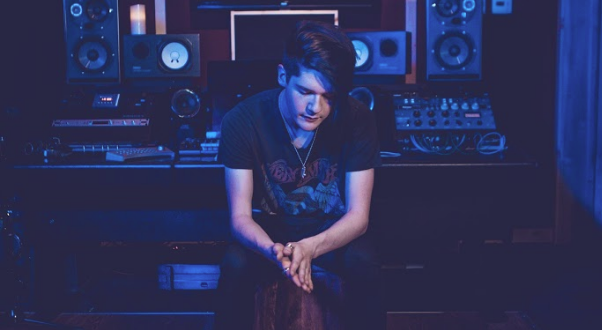 Up and coming pop artist Johnnie Mikel is proud to share his official music video for his single, “Come With Me,” which premiered on CelebSecrets.

“Shooting my first video was such an incredible experience, it was so surreal. There’s no other feeling like making your first music video, it’s such a sacred and vital part of an artist’s career. It’s your first chance to introduce yourself and show people who you are through performance, fashion, and portrayal of the music.” – Johnnie Mikel.

“I wanted the video to match the vibe and energy of the track. “Come With Me” is an invitation for everyone to get on the dance floor. The video represents who I am and what my vision was for Come With Me. It’s all about nightlife, high-fashion, and has an abstract feel that makes it super unique. The music video has a very international feel to it and I love that message.” – Johnnie Mikel

“Come With Me” is now available at all digital retailers.

Johnnie Mikel is an accomplished songwriter, singer and musician who just finished recording new songs for his upcoming release, all before his 21st birthday. While most of us were figuring out our lives in our late teens, Johnnie was playing guitar, piano, ukulele, banjo, mandolin and mastering Pro Tools to make some of the most fun and exciting music around today: grandiose pop with hints of R&B and a touch of soul. It’s what music should be. “I’m so excited about “Come With Me”, he says of his lead single. “I’ve spent a lot of quality time defining my sound and exactly what I want to say,” he continues. The new music showcases who he is an artist and it’s the world’s first glimpse of what he’s about. “The new songs are very personal to me and I’m so blessed to have crafted the album with phenomenal songwriters and producers.” Part musical wunderkind, part storyteller, Johnnie is a rare natural talent. He’s a breath of fresh air in the pop landscape because he’s not pre-packaged from some hit factory. He’s the real deal. From the moment he picked up a guitar at age 14, he realized that making music was what he wanted to spend his days doing. Originally, from Bowling Green, Kentucky, Johnnie got his first big dose of culture when his family picked up and moved to New York City. The city exposed him to different art, music and fashion, and most importantly, the idea that being yourself is a good thing. “It’s the first time I saw the world for what it really is,” he says of his time in New York. When Johnnie was 11 he started a blog where he was able to tell stories that detailed what he was going through and what he could absorb from living in Manhattan. He was a shy kid and storytelling allowed him to open up. A few years later when he finally got his hands on a guitar, something clicked. He could use the guitar, his voice and his writing skills to create musical stories. A move to Nashville followed where he took the lessons learned in New York and turned them into gorgeous songs. The debut single, Come With Me is the type of dance club anthem that makes you want to get up and move. When writing the single, Johnnie wanted something that would encourage people to have a good time. It’s about leaving your problems behind and simply enjoying yourself on the dance floor. It’s a big dance track and if you’re lucky enough, it’ll be stuck in your head for days. Johnnie now splits his time between Nashville and Los Angeles. When he’s not crafting pop tunes that’ll get you thinking, moving and even crying – yes, Johnnie can croon out a ballad so beautiful that it’ll bring tears to your eyes – he’s giving back. His One Word Foundation, based off one of those tear-inducing ballads, One, focuses on teaching kids the importance of their words. A single word can have an impact on someone’s life and the foundation, which benefits different charities, helps kids understand that what they say matters. “I’ve been given a gift,” Johnnie states, “And I need to use it to give back.” To listen to Johnnie’s gift yourself, Come With Me drops in October with more music to be released in 2018.