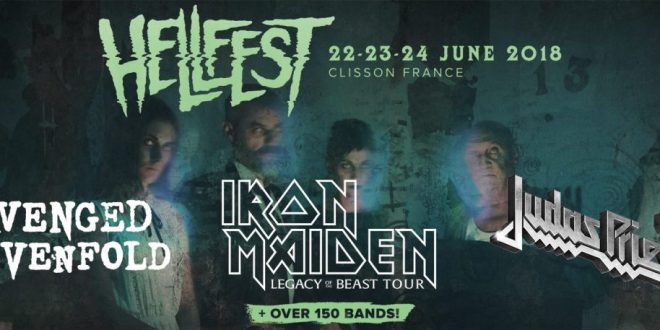 A month since the initial announcements of first bands on Hellfest’s line-up next year passed and here we have the whole line-up for the festival!

With over 150 bands on the line-up, the festival looks massive and every bit as inviting as it was usual throughout the history of fest itself. With more than cool premises, 6 massive stages and bands from across various genres, this is an ultimate summer holiday in the late June for any metalhead out there.

The already announced 13 bands from November were joined by names such as Alice In Chains, Bullet For My Valentine, Steven Wilson, Europe, Jonathan Davis, Joan Jett, Tremonti, Arch Enemy, Dimmu Borgir, Satyricon, Rise Against, Bad Religion, Therion and many more and these three days will be certainly on hell of a ride. It is called a Hellfest for a reason, after all.