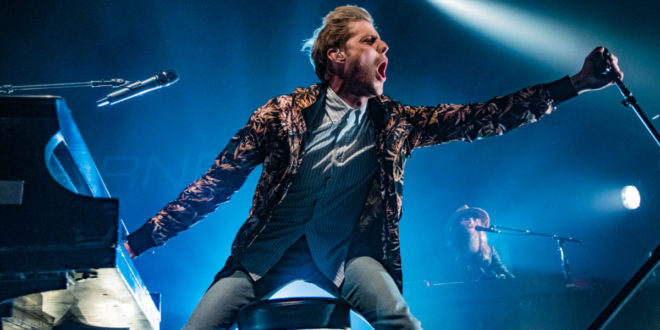 Andrew McMahon Announces “The Pen and the Piano” Tour for 2018

Andrew McMahon, known for his work in Something Corporate, Jack’s Mannqeuin, and most recently Andrew McMahon in the Wilderness, announced on Tuesday that he will embark on an intimate venue tour dubbed “The Pen and the Piano Tour” this coming spring. The tour is described by McMahon as “an acoustic evening with me and my friends, Allen Stone, Zac Clark and Bob Oxblood (formerly of Jack’s Mannequin).”

McMahon goes on to say “I’m terrified because I want this to be a totally unique concert experience, and the truth is I’m not exactly sure what that looks like yet. In my mind’s eye it’s equal parts VH1 Storytellers and Mr. Roger’s Neighborhood. A stage where I can perform and tell stories about the songs I’ve written over the last two decades and where my friends can perform and tell their stories too. It will be weird and fun and honest. An exploration of the moments in between, that make a song worth writing.”

The tour kicks off at The Truman in Kansas City, MO on April 10th and will continue on through late May, making stops in several major markets such as Boston, MA, Orlando, FL, and Los Angeles, CA. Presale tickets for the tour go on sale tomorrow at 10am local time, You can purchase yours using the code PIANO: andrewmcmahon.com/tour

Tickets will be available to the general public on Friday, December 8th at 10am local time.

Andrew McMahon is coming off a very sucessful 2017 with his In the Wilderness project, that saw the release of their second studio album, Zombies on Broadway which climbed all the way to No. 5 on the US Top Alternative Albums chart. In additon to the forthcoming shows McMahon will be making a few select appearences throughout December, including a New Year’s Eve show in Sunrise, FL at which, McMahon will be playing direct support for his idol Billy Joel.

Andrew McMahon The Pen and The Piano Tour Dates: 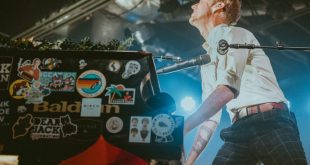