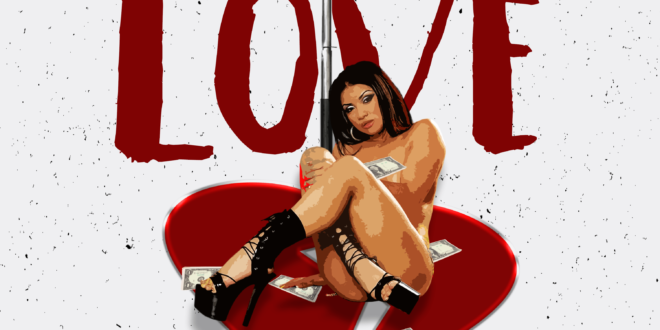 Ex-Human, The Best Album of the Year

Music is said to be ‘A magic beyond all we do here!’ (J.K Rowlings), with that being said, we come to understand that if music is magical then good music is beyond magic, a world wonder. If you are in search of Rap music at its best, ‘Love’ is the song for you and Charlie Band$ is that perfect artist.

Charlie Band$. is proud to bring to the notice of the general public, good music lovers and the music industry at large, the release of a brand new hot single by this amazing artist titled ‘Love’ featuring KenE P.

‘Love’ released in mid-2017 is a sexy club anthem already rocking the airwaves and clubhouses with video released in October 2017, directed by Jay Legion. With the release of this hot new single Charlie Band$ is looking to dominate the music industry and carve out a place for himself.

This single and video is currently available for streaming and download on YouTube and SoundCloud and is currently making waves all over social media; what are you waiting for, head over to YouTube:

About Charlie Bands
Charlie Band$, born Eon H. Brown, was born and raised in PG County, Maryland. At an early age, he was exposed to a diverse array of music, and grew to appreciate lyrics, wordplay, and metaphors. Growing up his favorite artist was 50 Cent as he enjoyed his storytelling and the production on his albums. As a young man, he started to gravitate towards battle rap, which honed his attention on schemes, delivery, and originality. The release of his first mixtape, Industry Bound, he showed his diversity by putting out songs showing his love for where he’s from (DMV, Home Sweet Home) as well as displayed a variety of production and delivery styles (Let’s Go, Ballerina, BTAO). Prior to the development of his second mixtape, Charlie connected with DJ Anonymous, and that musical relationship has been mutually beneficial. Thus #iMPATIENT, the second mixtape released, further demonstrated the diversity in his lyrical style and content, as well as album production. Also, with this mixtape, there was a focus on the musical arrangement of the songs on the album. With every step forward, Charlie Band$ is carving his own way in the music industry, developing a love for all aspects, and creating and nurturing industry connections. Be on the lookout because as this start continues to rise and gain mastery of his skills, he will only shine brighter.

Stephen Vicino is the founder of MusicExistence.com. He created this site to give talented musicians a voice and a way to be discovered.
@@svicino
Previous Ex-Human, The Best Album of the Year
Next Show Review: H.I.M. – Bang & Whimper The Farewell Tour 2017 in N.Y.C.

Italy based, alternative rock quartet A CRIME CALLED has released the official music video for “Drown,” off …