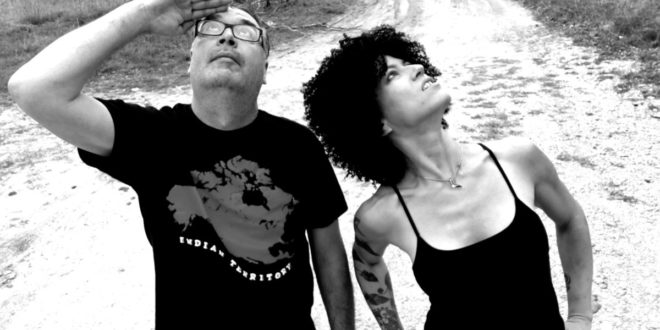 Monique Ortiz is no newcomer to the Indie Rock Scene, having fronted previous bands including A.K.A.C.O.D. (featuring surviving members of Morphine) and Bourbon Princess, and is mainly recognized for her phenomenal work with the fretless and 2 string bass. Of late, she’s been fronting the Texas Based duo Alien Knife Fight, releasing such stunning music as “Some Girls” and “Flightplan,” and completed a West Coast run with blues, punk, country, heavy metal musician Scott H Biram, but today’s video, “Clocks,” is a return to her Bourbon Princess roots. “Clocks” is an unexpected foray into experimental electronic sounds, both dark and uplifting, and the fresh new video is a perfect balance of delicate colors and hazy visuals to translate the original 1999 recording.

“I always wanted to do a video for this song, and others in my back catalog, but never had the necessary technology or means until now. This is a song I’ve continued to perform over the years, in a variety of projects, and we’ll be resurrecting this and a few other Bourbon Princess songs for Alien Knife Fight’s next live set. Better late than never.” – Monique Ortiz