Home / Press Release / Largest Music Festivals You Have to Visit 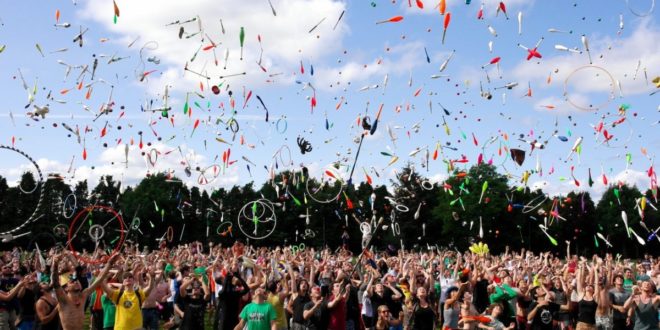 Largest Music Festivals You Have to Visit

Visiting a large festival is always tempting as you can enjoy the great variety of musical talent, eat tasty street food, lie on the beach or grass marveling the beautiful scenery. And make new friends!

Festival line-ups are comprised of tens or even hundreds of artists and this is a great bargain for music fans opting for diversity which you will get at ordinary concerts. With all these factors combined, the overall impression gets multiplied repeatedly and opens up doors for an unforgettable adventure.

There is also another little trick about large festivals. These events also tend to become a good excuse for gigantic bands from past to reunite and play for their old fans desperately waiting for their upcoming concerts to see their icons live once again.

These events bring together thousands of people to celebrate the music and enjoy a great success with many of them selling out months in advance.

There is a wide choice of music festivals out there so we decided to help you a little bit by making the list of the most attracting destinations. These venues have already gained pop culture recognition and historical significance.

The music festival on the island of Donauinsel is the largest free music festival in Europe in the open air. Media claim the festival stepped over the milestone of 3 million visitors in 2013. The island of Donauinsel is an artificial island on the Danube. Donauinsel is known as a popular holiday destination in Vienna. In the center of the island, there are a lot of bars, restaurants, nightclubs, while the southern and northern parts are suitable for outdoor activities like biking or hiking, rollerblading, running. For three days that the Donauinselfest festival lasts, music activities include 2,000 performances on 11 stages, more than 600 hours of live music. As a matter of fact, music is very versatile. Do not forget to visit in Vienna Stephan’s Cathedral and walk along Ringstrasse. Due to that fact this music festival takes place on an island located in the middle of the Danube River. In order to get to the festival, you need to take a ferry.

The Mawazine Festival is one of the most important musical events in the Middle East and North Africa. The event is chaired by Munir Majidi himself, the personal secretary of King Mohammed VI. Thousands of singers and musicians from all over the world are invited to the festival. Thus, the government of the country encourages Moroccans to tolerance and dialogue with other peoples in a good way. Mawazine Festival unites cultures. The event takes place in the capital of Morocco and attracts more than 2.5 million people annually. Within the framework of the festival, there are exhibitions, performances, as well as various street shows. Among the musical performers are both Moroccan artists and world stars. In the past the Mawazine Festival was headlined by Shakira, Joe Cocker, Kaney West, Whitney Houston, Rihanna and other celebrities.

The Sziget Festival is one of the largest European festivals that has been held in August since 1993 on the Danube island of Hajógyári Sziget in Abuja. In Hungarian, Sziget means “island”. The Giant European Festival annually attracts more than 350,000+ revelers around the whole world. Within 7 days world celebrities and young musicians of all genres and trends are observed on the stages of Sziget. In fact, this festival represents a whole mix of festivals and attracts more and more people due to ingenious music and incredibly comfortable conditions. In addition to the main stage with the selected rock of different classical orientations, people also hang around scenes with ethnic-rock and heavy rock.

The European level of infrastructure flashes here in everything. Sending the children to the “children’s room” where they will be looked after, you can go to the hairdresser with free internet, where a multicolored Iroquois will make you a cup of coffee, and you will go to the sausage near the stage, and afterwards calmly wash the sweaty and smoke-smelling clothes in local laundry. Such music icons as Radiohead, Franz Ferdinand, Placebo, Iggy Pop, The Prodigy were the respected headliners of the festival.

Benicàssim it’s a paradise for people suffering from insomnia as there are fans of beaches, women, and men with ideal bodies and all fans of art and music hanging out whole day and night. There is Sapphire Sea, and a beautiful city, Mediterranean beaches and incredibly pleasant weather – this is at least 4 indisputable advantages for visiting the festival.

In addition to music, dance and general atmosphere, at the rock festival, you can watch movies, go to a theatrical performance or even play football. This festival is a good opportunity to combine a daytime beach holiday with an evening visiting of the concerts. The prices for the Benicassim festival are quite democratic. For example, a ticket for 4 days is only 85 euros.

Generally, Bestival is four days of fun and music on the Isle of Wight! Bestival has a stellar reputation and status as the best festival in England. It takes place in early September. The event featured many established performers as The Cure, Major Lazer, MØ, Skepta, Wolf Alice, Years & Years. Here music lovers can enjoy an anarchic atmosphere, have fun at the carnival and even visit an inflatable church, in which everyone can tie up himself with the ties of a marriage.

The festival takes place in South West England, in Somerset County, on the farm Worthy Farm, located between the small villages of Pylton and Pylle just a few kilometers from the city of Glastonbury. The festival will be a paradise for ageless hippies, representatives of the old school and all people who do not imagine their life without music. Every year the “big daddy” of British festivals gathers the best representatives of rock, indie rock, alternative, pop, reggae, Dubstep, metal, folk, and techno on its site. Glastonbury remains the main pilgrimage site for hedonists of all stripes, where all the lines of British musical culture converge. You have 4 days to become the part of one great incredible action. The festival is taking place from June 21 to 25. Note: a pair of rubber boots will not hurt you because the place is famous for its rainy weather.

Coachella – perhaps is the most famous celebration of independent music ─ got its name at the place of registration in the Coache Valley, located near the paradise of millionaires, the glamorous town of Palm Springs in California. In 2018, the festival is held for the 20th time. Coachella festival was founded in 1999, although the unofficial reference point is still 1993 when the Pearl Jam group collected about 25,000 people in a picturesque valley. The first “Coaches” were experimental, therefore, even despite the significant status of headliners (The Chemical Brothers, Paul Oakenfold, Björk, Rage against the Machine, Fatboy Slim, Oasis), they did not collect a lot of spectators and did not bring profit.

Stephen Vicino is the founder of MusicExistence.com. He created this site to give talented musicians a voice and a way to be discovered.
@@svicino
Previous HOT NOIZE PRESENTS MIKE GEEZYY!
Next Within Temptation announce European tour for 2018!