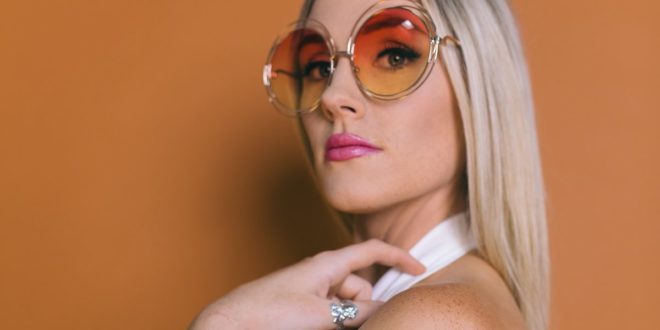 Lo is a Nashville-based multi-instrumentalist, songwriter and self-taught producer who cut her teeth in the entertainment industry as a dancer first, landing features in ABC, USA Today, ESPN along with titles such as ‘All SEC Dancer of The Year’ during her time at Vanderbilt University. Recently signing to Dr. Luke’s Prescription Songs, her experience as a dancer continues to influence her artistry as she creates pop gems that are perfect to move to.

Lo describes her music by saying, “my goal with my artistry is always to encourage my audience to feel empowered, free and confident… I decided it was time to write a song that reminded all of the fierce females out there that they are exactly that – fierce and irreplaceable!”

Recently, Lo released her debut single, a song titled “Good Good” she described it by saying “When the track came together in the room that day, we started dancing and the hook, ‘I’d wish you the best, but you’ve already had it’, just fell out,” she added. “Just like that, ‘Good Good’ was born.”

We sent Lo some questions to answer to help us get to know her better, check them out below:

How would you describe your sound if talking to someone who has never heard your music?
Bombastic, bass booming, bubblegum pop!

How did you first get into music?
Growing up we had an old upright piano downstairs that became my obsession. I started teaching myself to play piano when I was 5, and from there music became my first love. I loved to play both classical music and by ear- I remember my dad giving me Supertramp CDs and telling me to learn how to play their songs, so I did! From there, I began to write my own music on piano, which then turned into writing full blown songs. When I moved to Nashville on a scholarship to Vanderbilt, that’s when I really became enveloped in the songwriting and producing community here. It was like discovering a whole magical world where the dreams in my basement as a kid could actually come true!

What does it take for to stand out in a large music environment such as Nashville?
The artists that always draw my attention are that ones who have something to say and a unique way of saying that! Aside from being a strong writer and having top notch songs, I think the most important thing is to follow YOUR arrow & let your one of a kind voice and perspective be heard. Whatever it is that makes you distinctly you, whether it be your voice or your lyrics or your production, do it full out & don’t be led by what everyone else is doing. When I stop trying to be like the other artists in town and just did my own thing, that’s when my career really started to gain some traction. The best part about that is, each and everyone of us is an original!

What should people expect from your live performance when coming to see you?
I’m a bit of a wildcard so honestly I never know exactly what to expect from myself once I’m on stage- haha! You might get the occasional off-cuff joke or acapella rendition of ‘Hot in Herre’ by Nelly depending on my mood. But what I can guarantee is there will be dancing. Then more dancing! Then me making you dance with me! My whole goal is for my audience to have a blast and get lost in the experience with me.

Do you primarily write your own songs?
Yes, yes yes! I will always write my own music- it’s such an important part of my artistry!

What should people expect from you in 2018?
More single releases, more content, more shows. Rumor has it that a full Lo EP may be dropping too!

What was the first album you purchased?
It may or have not been A*Teens. An early 2000’s teen band that re-did all of the old ABBA songs. I may or may not still have it. And I may or may not have special dance moves for all the songs.

First concert you attended?
Justin Timberlake’s Futuresex/Loveshow. It changed my life. My sister, Mom, & I even stole banners from the Tacoma Dome to forever memorialize  it on my bedroom walls!

Most influential band to you personally?
Throwing it back with this one, but Earth, Wind & Fire! An OG boy band. My mom had all their albums on repeat as a kid, and I fell in love with their musicality and melodies instantly. I wasn’t influenced so much by their style of music, but more so with how infectious and consistently hooky their songs were. And how it made me want to dance! A common theme with me 🙂