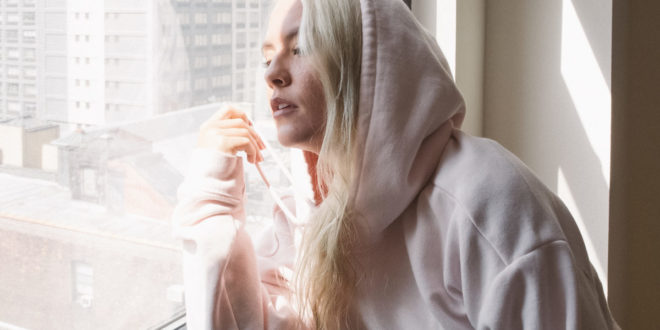 “Geneva White is no stranger to the music industry. The Key Largo, FL native attended the University of Miami Frost School of Music and quickly developed her career upon graduation as a singer, songwriter and guitarist. She fronted the band Kan Wakan (Verve Records) for some time, opening for Royal Blood and Arctic Monkeys. Upon their breakup she fell into the songwriting scene, finding herself in sessions with the likes of Jeff “Gitty” Gitelman (Chance The Rapper, J. Cole), Chris Hartz (Childish Gambino, Passion Pit), and the UK’s legendary drum and bass artist Shy Fx to name a few. While perfecting her writing chops, many in the industry told her that she should accept her career as a songwriter, but she refused to settle. She left LA for London and immersed herself in the jazz scene, ultimately rediscovering her love of creating music.

Within a week of returning to LA to focus on her own original music, Geneva’s artist vision started to come to fruition. She was selected to perform back up for Lorde at this year’s Coachella, forcing her to double down on her efforts; diving head first into rehearsals and spending every other wakeful moment in the studio crafting her debut release. Simultaneously across the pond, Armada’s Low Steppa chose his next single to be their co-written house anthem “Can’t Lie;” featuring the compelling vocals of Geneva White. With over 3 million streams on Spotify alone, features in numerous Apple curated playlists, and the ongoing support from BBC Radio 1, the single “Can’t Lie” is set to see continued success.”

How did you get into music?

I got given an Eva Cassidy guitar book and I started playing guitar when I was really young. My parents have always been supportive of me playing music. I think music is to connect with people and bring people together. It’s a way of having a voice. Every time I have a microphone, I feel like I have a responsibility to use it to inspire.

How was going to university for music. Was it helpful and impactful to your musical journey?

Yeah, I went to University of Miami and I think it was really good for me because I wasn’t a trained musician. And when I went to school and I was in classes with really great and talented pianists and singers. So for me it was basically going back to kindergarten level for music. I had to learn everything backwards and i think for most musicians who started off young you take from it what you want. A cool part was having understanding professors when you had gigs at night and they give feedback and understand your schedule. Overall, I helped me a lot. The level of musicianship in Miami and the people who are going on major tours help each other out. The major of friends are those who went to Miami with me and it was great having that support and community.

What inspired the EP, Surface, the most?

Probably the people who I was working with. It was great to be able to write with people who inspired me to write as honestly as possible. Also, living in London and Atlanta for a while inspired the EP. Being in a whole new country, state, and overall atmosphere, having to make new friends, etc helped me grow. I can definitely see myself moving somewhere else not anytime soon but for sure.

You played a couple shows in LA and here in NY. Any new dates coming up?

We don’t have set in stone dates I can say. Hopefully soon!

Your style and your visuals are always consistent and beautiful. How did those come about?

I worked with an incredible creative director which created those pastel palettes of blue and purple-ish. And just going with who I am.

photo based human in nyc and phoenix. sneaking in my camera everywhere I go.
@https://twitter.com/ginabgarcia
Previous alt-J Release Sweeping New Video for “Pleader”
Next Gallery: Harm’s Way Live At The Marquee Theatre In Tempe, AZ 11/10/17