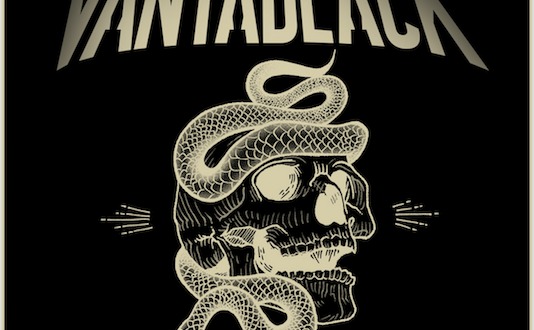 French electronic, bass lords Dirtyphonics have joined forces with the multi-instrumentalist/producer and mad scientist of heavy rock and metal infused electronica Sullivan King to release a new EP today called Vantablack with Monstercat. The record is now available for purchase and stream at all major retailers and services.

The EP is Available for Purchase HERE

Dirtyphonics crash-landed into dance music’s consciousness in chart-topping fashion, releasing their 2008 debut single “French Fuck” to the tune of a Beatport #1 hit. Since then the trio, consisting of Charly Barranger, Julien ‘Pitchin’ Corrales and Julien Lignon, have become a forward-thinking, worldwide Bass phenomenon who’ve made their name on defying labels and limitations. The group has become a hot commodity in the remix world, lending their talents to tracks by the likes of Skrillex, the Bloody Beetroots, Marilyn Manson, Steve Aoki, Nero, Kaskade, The Chainsmokers, Knife Party and Linkin Park. In 2013, Dirtyphonics released their debut album Irreverence on Steve Aoki’s Dim Mak Records label, showcasing their stylistic gamut ranging from anthemic electro to frenetic Drumstep as well as incorporating thrash guitars, pounding drums and other vestiges of the fierce heavy metal music that influences their art and characterized their past. Most recently they’ve been shaking up the Bass world with releases like ‘Watch Out’ with Bassnecatar and ‘Got Your Love’ with riot, both garnering millions of online streams as well as their “Night Ride EP”a Bass music hybrid masterpiece.
Melding his influences of post-hardcore and emo/screamo with a found love for EDM, Sullivan King is today at the helm of a burgeoning musical movement. As one of the few artists to successfully marry heavy metal and electronic music, he’s birthed a new creative space all its own. King boasts an inimitable style and sound with no regard to genre confines. His original tracks, remixes and reimagined renditions take the vitality of dance music and run it through the metal machine. The result is a bold, forward-pushing sound that’s equal parts electric and heavy. “If DJs are today’s rock stars, then Sullivan King is forging his own rock galaxy,” agrees LA Weekly (2/19/16).