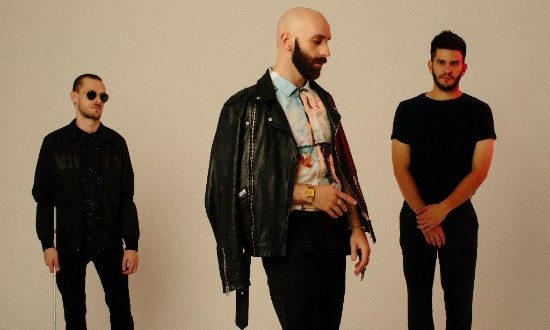 Platinum selling rock band X Ambassadors (KIDinaKORNER/Interscope) announced today they will be playing a number of intimate club shows in February 2018 where they’ll be showcasing new material from their forthcoming sophomore album.  Current single “Ahead of Myself” along with the powerful new song “Joyful” – that the band treated fans to this fall at their inaugural Cayuga Sound Festival in their hometown of Ithaca – will be among the setlist.  Fans can submit a request to buy early reduced fee tickets now through Thursday evening at www.xambassadors.com.  Random selection for these early reduced fee tickets will begin Thursday at 10pm.  Additional full price tickets will go on sale to the general public this Friday at 10am.  X Ambassadors will join fans for an intimate VIP Experience before the show including a photo opportunity and listening session featuring new songs.  Additional VIP perks include a signed poster and early venue entry.  Details are available at https://www.cidentertainment.com/events/x-ambassadors-tour-2018.

Earlier this month Entertainment Weekly revealed that X Ambassadors – Sam Harris, Casey Harris, Adam Levin – will be joining the cast of NCIS: New Orleans for an episode airing November 21st that features the band playing “Ahead of Myself” and another new song, “The Devil You Know.”  The band also recently collaborated with Machine Gun Kelly and Bebe Rexha on the single “Home” which is currently being featured in the trailer for the new Netflix filmBRIGHT – featuring Will Smith.

ssadors released the song “Hoping” directly following a benefit concert they played for Planned Parenthood in LA.  The song was written shortly after the election of Donald Trump and proceeds of the single were donated to the American Civil Liberties Union. Just last Tuesday on election day the ACLU released an inspiring and beautiful video featuring “Hoping” – watch HERE.  The band has been very vocal about their feelings and when this song came out, Sam Harris told Billboard, “We will continue to fight against sexism, racism, Islamophobia, anti-Semitism, homophobia, xenophobia, and the pervasive intolerance being encouraged under our current administration. As long as there are those of us who suffer and experience injustice in this world, we will continue to use our music and our voices to speak up. Our resistance is one of love and hope.”

X Ambassadors is looking forward to bringing their new songs to life in February when they hit the road for a two-week run that has the band playing some incredible intimate venues including Brooklyn Steel and DC’s legendary 9:30 Club.  They’ll also return to Colorado’s famed Red Rocks Amphitheatre in May for the biggest show of their career.  Complete list of confirmed 2018 tour dates below: