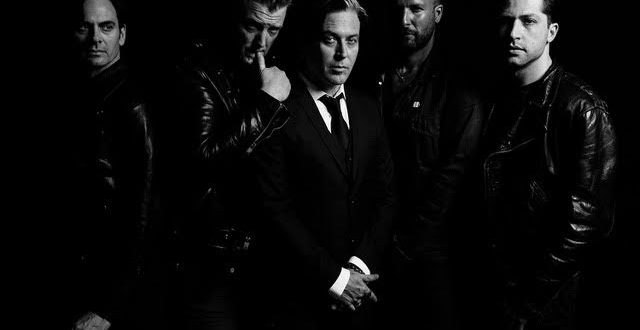 On the tails of completing the most successful North American run of their storied career, Queens of the Stone Age have confirmed a second Stateside installment of the 2018 Villains World Tour. The new dates will begin with a March 21 and 22, 2018 two night stand in San Diego, and run through the end of May, including an April 24 appearance at the Austin 360 Amphitheater—the first QOTSA Austin headline show since 2011 and first time in the area since Austin City Limits 2013. The expanded Villains 2018 campaign will also feature stops in New Orleans, Miami and additional dates in Canada where Villains lead single “The Way You Used To Do” has reigned steadily atop the Alternative, Modern Rock and CAR radio charts.

Support acts on the new headline dates include Royal Blood (May 17-25) and Wolf Alice (April 24-May 2), with Eagles of Death Metal added to the recently announced January 22-30 run, and Ty Segall as special guest February 1 in San Francisco. See the itinerary below for full details.

Produced by Mark Ronson and Queens Of The Stone Age, Villains was released August 25 on Matador Records. The album debuted at #1 in the UK, Australia, Canada, the Netherlands, New Zealand, Switzerland and Portugal, #2 in Germany, Austria, Belgium, Finland, Norway and Ireland, #3 on the Billboard 200 and #1 on the U.S. album chart, #4 on Japan’s international chart and #5 in Italy—easily the single biggest global sales week of the Queens’ seven album stretch. Villains’ first seven days in existence also saw nearly 100,000 vinyl albums moved worldwide, as the record became the #1 selling vinyl LP in the UK, U.S. and Germany. Villains also took the U.S. #1 spots on the Alternative, Hard, Rock, Internet and Independent Label Album charts and #2 on the Digital Album sales chart.