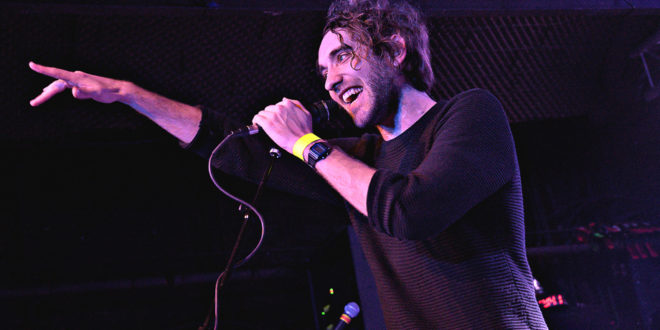 Prolific Liverpool UK native BANNERS, whose career-propelling “Start A Riot” has generated over 50 million Global Spotify streams, releases his highly anticipated second EP, “Empires On Fire” today via Island Records. To celebrate the release, BANNERS has also dropped his new music video for single “Someone To You” today. Watch the video HERE. The “Someone To You” video was shot on site in New York and directed by duo SIMILAR BUT DIFFERENT (consisting of Charlotte Fassler and Dani Girdwood).

BANNERS will be performing songs off of his new EP at Mercury Lounge in New York on November 6th (labelmate Dean Lewis will be opening).

BANNERS – Someone to You:

“Firefly”, current single “Someone To You” and previously unreleased track “Empires on Fire” are featured on BANNERS’ new EP. Full tracklist below:

After signing to Island Records in 2015, BANNERS first connected with audiences on his debut single “Ghosts” which rose to #2 at Hype Machine. “Shine A Light”, which has been certified gold for track sales in Canada, is the official trailer for EA’s blockbuster game, FIFA 16 Ultimate Team Legends and appeared in spots on NBC, ESPN, E!, and FOX. “Start A Riot” continued the momentum, featured in an episode of E! channel’s UK-centric The Royals. In 2016, BANNERS joined the SiriusXM Presents Alt Nation Advanced Placement Tour throughout the US and Canada along with major North America festivals including Lollapalooza, Forecastle, Way Home, Osheaga, and Sloss. Along the way, he was chosen as one of Spotify’s ‘Spotlight’ artists and made his late-night debut on ABC’s Jimmy Kimmel Live!

Fascinated by dreams, life, death, hope and despair, BANNERS grew up singing in the Liver­pool Anglican Cathedral Choir and the Liverpool Kop. Influenced by artists ranging from Jeff Buckley to Arcade Fire, BANNERS’ music is at once haunting and hopeful, as it resonates with audiences across space and age.