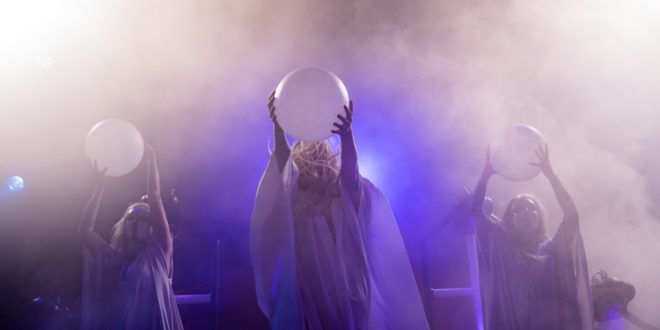 In This Moment Drop “Roots” Video

In This Moment have dropped the hyperkinetic video for the crackling-with-electricity track “Roots” from their sixth album Ritual.

The band is fresh off an epic, show-opening performance of “Black Wedding,” which is a duet with Judas Priest legend Rob Halford that lives on Ritual, at the first-ever Loudwire Music Awards. Billboard deemed it “powerful.” Watch it here.

In This Moment are currently in the middle of the second leg of their wildly successfully “Half God, Half Devil” headline tour, with support from Of Mice & Men and opening act Avatar. Tour plans for 2018 will be announced soon.

In This Moment also dropped their sonically arresting and dramatic reimagining of Phil Collins’ beloved ’80s classic “In the Air Tonight,” which lives on Ritualand has been incorporated into the band’s live set. In This Moment have truly made the song their own, thanks to a captivating rendition that both preserves and updates all the tension and release of the original. Listen here.