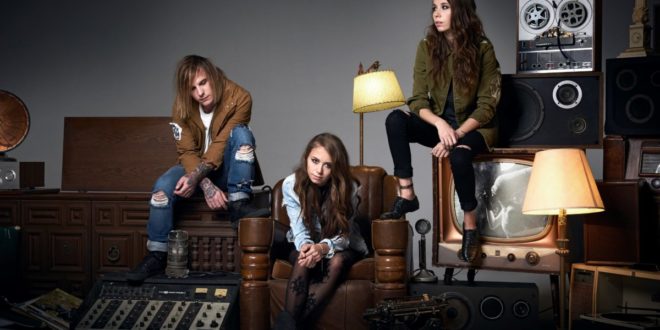 Courage My Love have released a brand new lyric video for ‘Walls.’ Walls is taken from their most recent album ‘Synesthesia” which is out now via Warner Music.

Talking on ‘Walls’ singer Mercedes says “We’re excited to release our lyric video for Walls. We filmed it during our summer on Vans Warped Tour with the help of our friends Tyler Dennen and Charlie Martel. This was our first attempt at filming something completely independently. All the shots you see were filmed in different parts of the Bandwagon we were traveling in, or in parking lots after the festival had ended for the day. We then approached our glitch artist friend Polygon, who we’ve worked with before on our video for Animal Heart, to add his artistic vibe to the editing of the raw footage. Nothing about this video was planned beforehand, which I think adds to the raw emotional nature of it. A lot of the imagery we used in the shots was completely spur of the moment. The song is about feeling alone, even when surrounded by people. It’s about that dirty, empty feeling of rebounding after a meaningful relationship ends, and being emotionally lost. For this reason we felt it would be best to only have one of us in the video to portray that feeling of utter helplessness and loneliness, and the emotional horror of truly being alone in the world. We have our creative friends to thank for bringing this video to life in a way that we have never experienced before.”

The band will be touring the UK next month with support from Chapter and Verse.
You can see Courage My Love at the following dates:

Courage My Love’s latest album Synesthesia introduces a new arsenal of sounds for the Kitchener, Ontario, based trio who have made a name for themselves and built a strong following on a number of tours across North America and Europe.

Defined as a blending of the senses where the stimulation of one sense leads to an automatic, involuntary reaction in another, like hearing in colour, Synesthesia was titled to reflect Courage My Love’s newfound stylistic maturity.

Courage My Love were first discovered at a 2010 Battle of the Bands in Stratford, Ontario.  The band’s independently produced video for the song “Bridges” amassed over 2.9 million views. Director Kevin Smith (Silent Bob) was among the many fans that had discovered their music. The band signed with Warner Music Canada in 2011 and in 2012 Alternative Press Magazine pegged them as one of the bands to watch that year. In 2014, the band’s first two EPs, For Now and Becoming, earned them a 2014 JUNO Awards nomination for Breakthrough Group of the Year and later that summer Courage My Love joined the Vans Warped Tour across North America. 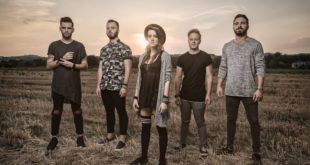 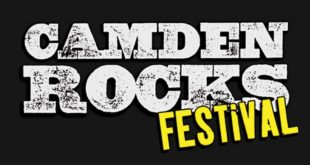