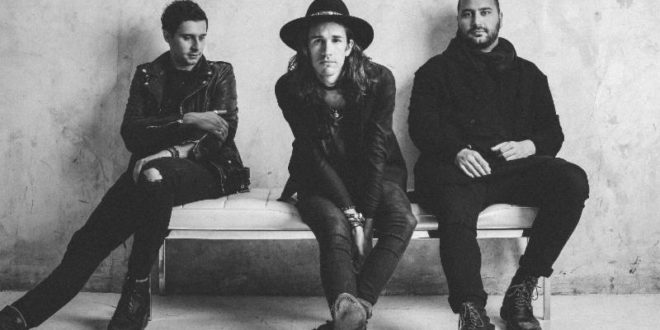 “For this particular piece, it was really important to avoid the glamorization of any of these elements,” explains Kiliyan. “We showed the surreal side of all this. There’s definitely a statement in there. It was the most nitty, gritty thing we could make.”

Since its release, “Insomnia” has been added to 19 Spotify playlists as well as radio stations in Kansas City, Miami, Denver, San Diego, and Corpus Christi. “Insomnia” is the follow up to Charming Liars’ 2016 EP 12:31AM, which spawned the single “Soul,” generating 595k YouTube views and151k Spotify streams alone. Since their emergence, Charming Liars have obtained acclaim fromMusic Connection, Indie Minded, and Sir Elton John, who recently spotlighted “Insomnia” on hisBeats 1 radio show. Having built a following in South America, the trio have headlined shows across Brazil, in addition to sharing the stage with Kings of Leon, Jack White, Blaqk Audio, Night Riots, and more.