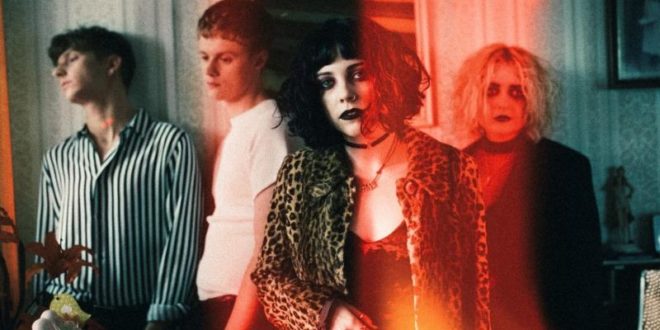 Pale Waves will return to North America in November for their debut headline tour.

The tour follows the release of the Manchester band’s first 2 singles, “There’s A Honey” and “Television Romance”, which have amassed over 7 million streams and gathered praise from The Fader, Stereogum, Idolator, Clash, V Magazine and others.

The band previously appeared as special guests to The 1975 on their sold out US arena tour, including a show at New York’s Madison Square Garden, and today NME announced a Pale Waves / The 1975 NME cover for their October 20th issue.

New music from Pale Waves will released later this year.

Get your tickets here.

Previous FWLR and JELO Bring Back European Dance Influence on ‘Birth of the Anti Hero’ EP
Next Interview & Gallery: Coast Modern at The Rickshaw Stop in San Francisco, CA