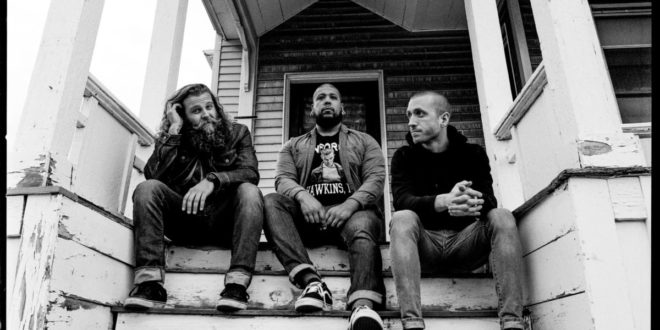 Boston-based rock trio Long Time‘s debut album Never Alone is certainly an interesting listen. The band’s traditional format of lead singer/guitarist, bassist, and drummer means that although you may have never listened to them before, their music is easily recognisable and enjoyable. For a first full length release, Never Alone is a respectable contribution to their music scene.

It would be unfair to expect perfection from a first album, so there are some areas which could be built on and improved as Long Time grow as a band. However, there are also some areas this band is very successful in.

Lead single “River” is  the first track, and I’d say it’s one of their stronger songs. It’s well-rounded and smooth. It manages to be sensitive and calming, yet also packs a punch.

“Silence” is crisper and more stripped back. Drummer Andrew Nault keeps the beat, with few embellishments to the melody, while Cadrin’s vocals carry the song. It builds slowly and gradually, but shows the range that these three musicians can achieve when they play together.

“Hostage”, the second single from this album, is heavier, deeper, and darker. It’s bass-heavy and very satisfying to listen to.

Some songs don’t work out as well on this record.

“Shadows” feels disjointed. Its choppy instrumental and drawn-out vocals feel terribly mismatched. “Separation Situation” is six minutes of very “samey” music, the lack of variation making it sound much longer than it actually is.

“Windows” overall is a nice enough song, but the first third is a little bland and repetitive. Its latter half however, harks back to the excitement and tunefulness of Never Alone‘s first track.

The quality of Long Time’s debut does fluctuate from being very promising and well-written to slightly underwhelming. You can’t miss their potential, though. The band certainly has chemistry, and work together to bring fresh takes on song conventions. Their approach is hit and miss, but hopefully they’ll manage to skew that ratio into their favour.

Honestly? I look forward to seeing how this band grows in their future endeavours.

Watch the official video for “River”:

Freelance arts, culture, and music journalist. Lots of words and some radio. Studying for an MA in Media and Journalism. Trying their best.
@lozreviews
Previous Album Review: Thor – Beyond the Pain Barrier
Next Foreign Sons Release Music Video for “Wonder” 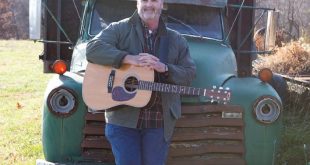