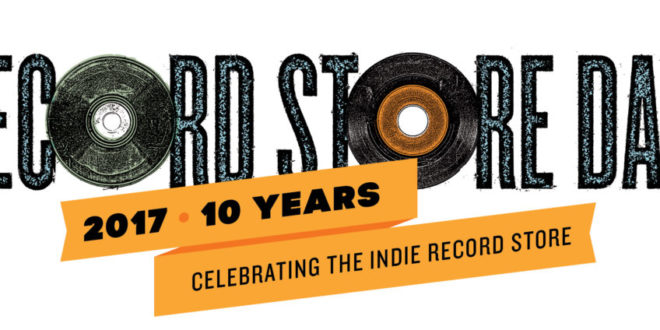 As we head into the holiday season, Record Store Day once again brings record stores into the spotlight, and shoppers back into thriving local businesses. Record stores are the perfect place to discover new musical loves, to re-discover old musical favorites, and to introduce new enthusiasts to the pure joy of music and of record collecting.

We receive photos all the time of serious record collectors posing with their young children and their favorite LPs.  What they are really doing is creating the next generation of music lovers and continuing a tradition of sharing the gift of music with family and friends. That wonderful season is nearly upon us, when you are extra nice to everyone (just because), you try to remember not to pout (it’s hard), and you need some “eggnog” after each hard days’ night (of shopping).  Beginning November 24th, more than 1200 local record stores in the US are excited to offer these great Black Friday titles of sheer fun and celebration… and to offer a wonderful shopping alternative to EVERYONE!

‘Tis the season, and there are quite a few festive titles on the Official List, including two from Paul McCartney, always very supportive of Record Store Day and indie record stores, spreading some cheer with two 7″ releases, one on red vinyl and one on green vinyl, both featuring a new version of his classic “Wonderful Christmastime” on which he’s joined by The Roots. The green vinyl B-side is The Decemberists’ rendition of “Jesus Christ” and the red vinyl is backed by a live Norah Jones performance of “Peace”.

Speaking of legendary musicians, Muddy Waters has influenced everyone from the Rolling Stones to the White Stripes. Record Store Day is proud to have an exact reproduction of Muddy’s original 1958 album, The Best of Muddy Waters, from the original Chess Records mono reels on the Black Friday Exclusives list. We’re also proud to have new music from Darryl McDaniels, the DMC in RUN-DMC, who broke down musical and cultural barriers with their fresh mixture of rock and rap, back and fresher than ever with a brand new 4-track 12″ vinyl release Back From The Dead. (Bonus fun fact: this comes out on Brookvale Records, one of several record store-owned labels who have releases in record stores.)

The “virtual” band Gorillaz, actually English musician Damon Albarn and lots and lots of friends, is back after a seven-year hiatus with Humanz, featuring collaborations with artists such as Popcaan, De La Soul, Grace Jones and many others. RSD Black Friday sees Humanz come to record stores in double picture disc format. Other animated musical bounty comes in the form of Vitamin String Quartet and their tribute to the music of the films of Studio Ghibli, Vitamin String Quartet: The World of Studio Ghibli highlights the emotional beauty in films like Kiki’s Delivery Service, When Mamie Was There and more.

Ever since Snoop Dogg bust out of Long Beach, CA on Dr. Dre’s masterpiece The Chronic, he has been a force to be reckoned with musically, lyrically, socially…heck, he even coaches Pee-Wee football. Snoop has sold more than 35 million albums worldwide, and he’s back with Neva Left, available on vinyl for the first time for RSD Black Friday. Rappers who probably grew up listening to the D-O-G-G are on the Black Friday tip too, including Murs and Tyga. Late legends J Dilla and Prodigy are also remembered, with two releases each: J Dilla’s Delights Vol. 1 and 2 and reissues of both Prodigy’s first solo single and solo record.

After The Grateful Dead left Warner Brothers in 1973 and before they signed with Arista in 1977, they released three excellent studio albums and one double album on their own Grateful Dead Label.  These LPs, Wake of the Flood, Blues For Allah, From the Mars Hotel and the double live Steal Your Face, have been long sought after by collectors and are brought together for Black Friday in a 5xLP box: The Grateful Dead Records Collection. Jerry Garcia’s fans can also look forward to Side Trips, Vol One, the album recorded live by Jerry and keyboard collaborator Howard Wales. This collection of four jazz/fusion performances comes to vinyl for the first time on Black Friday.

Waylon and Willie and the boys are well represented on Black Friday, as both Waylon Jennings and Willie Nelson have two releases: loving reissues of both Spirit and Yesterday’s Wine for Willie Nelson, while New Stuff brings to light recordings that Waylon Jennings was preparing before his death, and Here’s To The Champion brings together multiple versions of Waylon’s tribute to Muhammad Ali, done by several country musicians. Eric Church’s Mistress Named Music sees that modern country makes an appearance on the list as well.

Jazz fans will find lots to give and get this year. Vibrations is the second album released by American free jazz saxophonist Albert Ayler‘s quartet featuring Don Cherry, Gary Peacock and Sonny Murray recorded in Copenhagen in 1964, and has been out of press for decades. In Paris: The Definitive O.R.T.F. Recording captures jazz guitar legend Wes Montgomery on his only tour of Europe on March 27th, 1965 at the Theatre des Champs Elysees in Paris, France. RSD Black Friday also presents a newly remastered reissue of Sonny Clark Trio‘s LP The 1960 Time Sessions With George Duvivier and Max Roach.

In August, Record Store Day brought nearly two hundred record store owners and staff together in New Orleans, for a party that included a set at Preservation Hall by the homeboys Preservation Hall Jazz Band. That set was recorded and is coming full circle to record stores as Run Stop & Drop!!

Of course, rock ‘n’ roll never fades away at record stores, and there will be plenty of it this Black Friday. The first North American vinyl release of Neil Young’s Harvest Moon, a deluxe 2xLP 40th anniversary edition of Richard Hell & the Voidoids’ Blank Generation, Clutch’s Pitchfork & Lost Needles picture disc, Gone is Gone’s “Phantom Limb” 7”, Chris Cornell’s take on the songs of Cliff Poncier, and a live recording of the night Walter Lure (The Heartbreakers), Clem Burke(Blondie), Tommy Stinson (The Replacements) and Wayne Kramer (The MC5) took on Johnny Thunders and the Heartbreakers’ L.A.M.F. album are just the tip of the messy, beautiful pile of rock releases hitting the racks at record stores starting November 24.

Record stores are the place to be on Black Friday and throughout the holiday shopping season, because you want to give your family and friends great gifts, and record stores sell nothing but.

A full list of titles and their accompanying artwork can be found here. 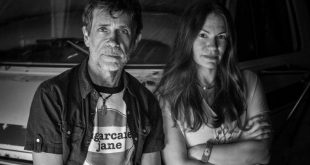