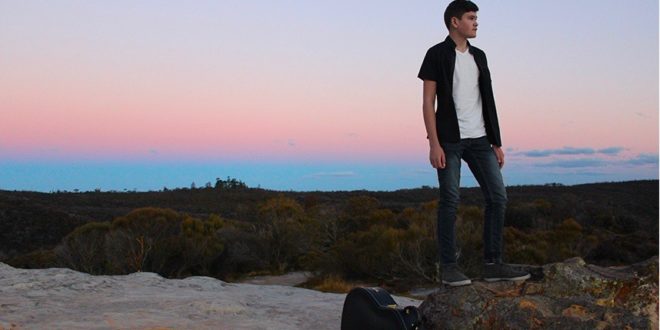 Luke Pittaway is a 16year old Singer/Song writer from Sydney, Australia. Starting his career as a singer in 2015 when he appeared on X Factor Australia, making top 100 after an amazing 4 Yes’s from the Judges at the live Auditions. After X Factor Luke followed the advise of Judges and mentors and hit stages across Sydney Performing and began writing his own music.
In 2017 Luke released his first song “Anymore” with a strong message about Bullying and the effects it has on youth today. Luke also features on the newly released EP Emanate with his song “The Truth Is” the group already having attracted media attention across Sydney after their Launch in August.

Luke has just joined with musicians Michael (Guitarist) and Toby (Drummer) and are set to release their first album in 2018.

Stephen Vicino is the founder of MusicExistence.com. He created this site to give talented musicians a voice and a way to be discovered.
@@svicino
Previous Sea In The Sky Release New “Not Too Tall, Not Too Cool” Music Video
Next Album Review: Fozzy – Judas