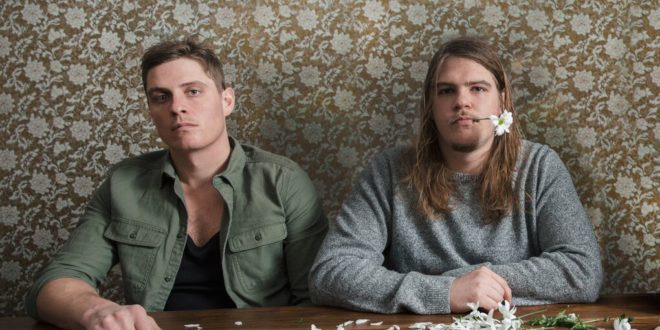 Canadian rockers The Glorious Sons released their second studio album “Young Beauties and Fools” through record label Black Box Music today. Since the release of their first record in 2014, The Glorious Sons have amassed thousands of streams, a trend set to continue if their newest release is any indication.

Founded by brothers Brett (vocals) and Jay (guitar) Emmons, The Glorious Sons lie somewhere on the musical spectrum between NEEDTOBREATHE, Mumford & Sons, and Jack White. Drawing on a range of folk, indie, and classic rock inspirations, the group leans on gritty vocals and thumping beats, all wrapped in earnest and emphatic songwriting for a distinctly raucous sound. “Young Beauties and Fools” stands out as a tightly produced, unapologetically fun record.

As lead singer and songwriter for the band Brett Emmons explains, Young Beauties and Fools is “basically the story of a 24-year old kid.” Indeed, the album’s storytelling provides a genuine, unpretentious look into the emotional volatility of youth. As such, the album’s lyrics can sometimes verge into being overly repetitive. Songs fall into two distinct categories: fiery rock songs of youthful indiscretions like “Josie” or “My Blood” and gentler, more solemn compositions like “Thank You for Saying Goodbye”. As standalone tracks, the songs of “Young Beauties and Fools” are an impressive lineup, yet as an album are left with a lack of total cohesion. But with this young band’s trajectory as of yet, it seems rather inevitable that they will continue to develop their sound and with it, a greater dynamic creative range.

“Young Beauties and Fools” opens with “My Poor Heart“, building from a subdued piano open into an explosive chorus, setting the tone for the rest of the album. “Everything is Alright” and its anthemic soundscape couple with Brett Emmons’s soaring voice for a truly moving musical experience.

One of the album favorites is “Godless, Graceless and Young” is a driving rock song that encompasses the reckless abandon of the album. An irresistible guitar hook propels the track through lyrics like “the streets are catching fire and the city’s just singing along.” Following suit “Sawed Off Shotgun” is everything that The Glorious Sons do best: rebellious, rowdy, and unapologetically real.

“Come Down” stands out thanks to its synth-y sound, an abrupt departure from the rest of the album’s guitar/drums/piano arrangements. An expansive, sweeping melody highlights the desperate pleas the song’s narrator makes to his companion, urging them “don’t you come down on me tonight” as he clings to the unbroken perfection of the moment. As one of the album’s lyrical highlights, “Come Down” deftly encloses the many subtle emotions of youth in an impressive bittersweet nostalgia.

The album concludes with the gentlest of the tracks, “Thank You for Saying Goodbye“. The slow, bluesy croon shows off a welcome vulnerability amidst the high energy of the preceding tracks. The song ends with only Brett’s somber, solitary voice, a fittingly melancholic conclusion to an album inspired by the explosiveness of youth, and all the recklessness and uncertainty that comes with it.

Connect with The Glorious Sons here:

I write about music and live shows and other fun things. Strong feelings about pugs, Halloween, and burritos. Currently zooming around northern California, with frequent stops in LA.
@missdanajacobs
Previous Hollywood Undead Present Video For “We Own The Night”
Next Sea In The Sky Release New “Not Too Tall, Not Too Cool” Music Video

Hailing from Turku, a town on the southwest coast of Finland, born Mauri Kosonen, is …