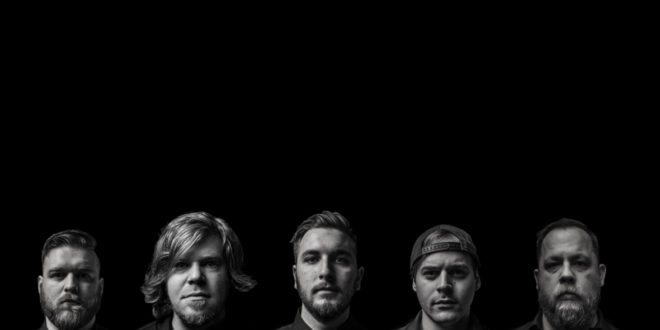 Seattle based hard rock outfit Rest, Repose has released a new music video for their current single “Hanging By A Thread“. The song comes from the group’s debut Self-titled full-length, which released this past spring and reached #25 on the iTunes Alternative Chart & #22 on Billboards Hard Rock Charts. With powerful, soaring vocals and raw, heavy guitars riffs, Rest, Repose showcases what’s to come.

Drummer, Jared Dines told us, “This song represents the trials of a relationship and doing everything you can to keep someone happy, and losing yourself in the process.”

Watch “Hanging By The Thread” below and check out the band’s Self-titled album on Spotify and Apple Music.

Rest, Repose is an Alternative Rock band from Seattle, WA. Combining de-tuned, heavy guitar riffs with soaring, melodic vocals, the bands message is one of positivity and unity. Featuring YouTubers Jared Dines (drums) and Fluff (guitar) the band put out their debut Sleep City EP in December 2015. Rounded out by Josh McDowell on bass and Tony Cappocchi on guitar, Rest, Repose look to tour the U.S and abroad in 2017 and 2018. With fresh musical blood in new singer Tanner Cowens, the band put out their debut self-titled full length album on May 19th. Reaching #25 on the iTunes Alternative chart& #22 on Billboards Hard Rock Charts, Rest, Repose look forward to hitting the road to support the album.