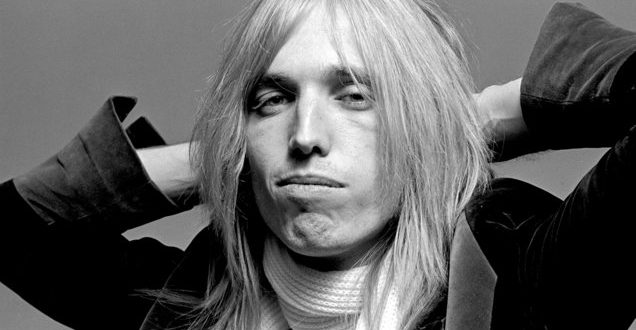 Tom Petty, a multiplatinum singer-songwriter whose career spanned over four decades, had been unconscious in full cardiac arrest since early Tuesday morning. After initial reports leaked of Petty’s exhibiting zero brain activity while on life support, he was presumed dead by multiple news outlets. However, his death was officially confirmed later that night by long-time manager Tony Dimitriades. “We are devastated to announce the untimely death of our father, husband, brother, leader and friend Tom Petty,” Dimitriades relayed on behalf of the musician’s family.

Petty was 18 days shy of his 67th birthday. His final performance was just last week, alongside the Heartbreakers, at the Hollywood Bowl in Los Angeles, capping their 40th anniversary tour.

Back in the mid-to-late 70s, Tom Petty had risen to prominence leading the Heartbreakers. What began as a heartland-inspired solo break from his formative act, Mudcrutch, would soon become a formidable band. By the release of their third album, Damn the Torpedos, in 1979, Tom Petty and the Heartbreakers had broken through. The album yielded two highly-charting Billboard Hot 100 singles (“Don’t Do Me Like That” and “Refugee”), thanks in part to its newfound caliber as implemented by co-producer Jimmy Iovine. Eventually, the album gained consistently positive acclaim and was certified triple platinum status.

Subsequent decades proved similarly prolific. From his longstanding tenure with the Heartbreakers, Petty would branch out into true solo stardom, further justified through the platinum success in 1989’s Full Moon Fever and 1994’s Wildflowers. Around the same time, Petty also achieved massive success as part of the Traveling Wilburys, an Anglo-American supergroup originally comprising himself, Bob Dylan, Jeff Lynne, George Harrison and Roy Orbison. Their collaboration, despite being short-lived, was far from scant, as they achieved a Grammy Award in 1988 in the Best Rock Performance by Duo or Group category. In 2007, the band’s previously out-of-print discography (1988’s Vol. 1 and 1990’s Vol. 3) was released in boxset form under the name The Traveling Wilburys Collection. The boxset peaked at number nine in the US and number two in Sweden, while hitting number one in the UK, Norway, Australia and New Zealand.

2010, along with its ensuing decade, was also marked by several pivotal gains. Tom Petty and the Heartbreakers’ 12th album, Mojo, marked the band’s much-anticipated comeback. Two years later, they embarked on a world tour including their first European dates in 20 years. By 2014, Hypnotic Eye, their follow-up, became the first Heartbreakers album to hit number one. Later the next year, SiriusXM debuted Tom Petty Radio, featuring a continual rotation of the artist’s hits, which has become an especially poignant stamp of his legacy as one of the best-selling artists of all time.

I come from a family who is passionate about all things music. I learned to sing at an early age, and by 13, had my very own Fender Strat guitar. I tried my hardest at learning all that I could. Because I was born with cerebral palsy, I had to teach myself an adaptive playing style. I learned to write and record my own music, despite these difficulties. In college, I started making great use of my writing abilities by reviewing music, as well as copy editing. I guess it's best to stick with what you know, while welcoming a fair challenge at the same time.
Previous Charlotte Carpenter reveals video for new single, ‘Shelter’
Next Gallery: Lacuna Coil at Playstation Theater in New York City 09.29.17