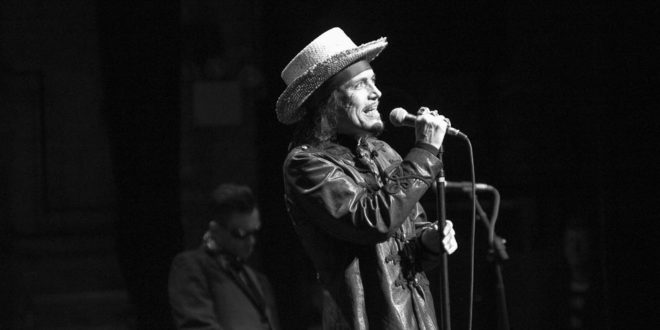 If you track Adam Ant’s career you will see his extraordinary success as a musician, singer, and actor. Tracking from the days when the Sex Pistols opened for his first band, Bazooka Joe, back in 1975 to the release of his from seventh studio album The Bravest of the Brave, you will also notice and even remark that his life has been marked by a series of challenging and traumatic experiences – experiences from which he always seems to emerge more creative and inspired.

It’s easy to believe that “artists must suffer for their art” ( and I’m not sure who was the first person to say it ), but what actually seems more accurate is that as people we must all some-what suffer for living and that artists help us find the levity, beauty, and a little creative craziness to help make all the “living” we do worthwhile.

Adam Ant is a multi-talented performer and a visionary. His performances fall in the space between full shamanic experience and a carnival-like spectacle which truly entertains and delights the senses. And a levity, beauty, and creative craziness was certainly present at his show in New York City.

He hand picked the opening act Glam Skanks. A group of ladies who could easily keep pace with the top-tier of glitter-rock-glam-rockers and have also opened for Alice Cooper. Their energy infectious on stage! With songs like “F*ck Off”, “Karma”, and “Bad Bitch”, they quickly got an excited response from the audience and did and excellent job at getting us all extremely enthusiastic about the upcoming performance from the headliner.

When it came time for Adam Ant to take the stage, the crowd ( and I admit to fan-girling a bit ), could barely contain themselves ( who could blame them? ). The stage was rushed and some of the fans were even dressed in the flamboyant outfits and fabulous jackets that are trademarks of Adam Ant’s musical career.

Adam Ant and his band moved from old favorites to his latest material easily and effortlessly; he was perfect. His musicians – three guitarists and two drummers – were flawless. Jola ( one of his drummers ) was dressed in a blue super hero costume and I left the venue thinking: who was that masked woman? All of his musicians are masters in their own rights and Jola is an exceptional drummer.

There are still some show dates left on this nearly sold-out tour, albeit they are abroad… but hey, music is always a great excuse to travel!

Performing ANTHEMS – The Singles in the UK
Thursday, December 21, London, The Roundhouse 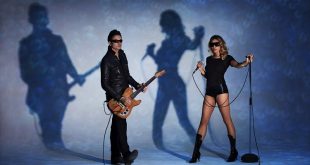 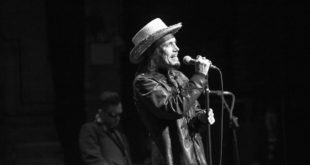 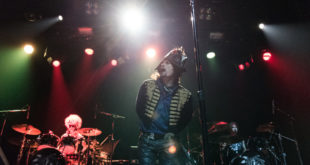