Home / Photography / Gallery & Review: Nothing More in Springfield, MO at The Regency 9.13.17 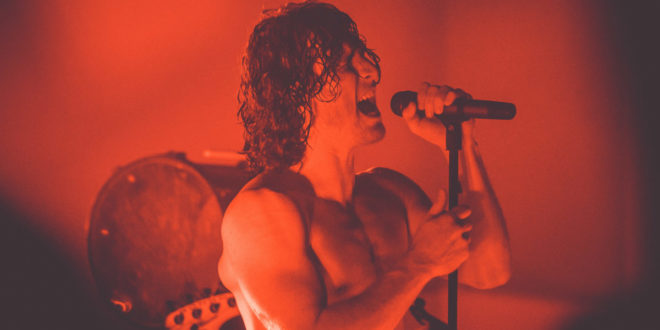 Gallery & Review: Nothing More in Springfield, MO at The Regency 9.13.17

Upon their new album release, Nothing More has hit the road to share the stories composed over the past two years. “The Stories We Tell Ourselves” Tour has begun its venture across the U.S. and will make its way to Europe later this fall. The experimental rock group has gained a reputation for bringing a unique experience to live shows with signatures such as the scorpion, bass solo, and drum solos. I was honestly surprised they were playing such a small venue in Springfield, MO with a capacity of about 800 people, but I also loved the intimate setting and energy for the show. Music Existence caught up with Jonny before their performance to discuss the album, his over comings, and more, which you can find here.

First on the bill was Palisades, whom gained a new fan that night. Sirens crept on the crowd to build tension to what would be a blast of drums. Low lighting set the intimate mood as the crowd interaction matched the high energy. Tracks like “Better Chemicals” and “Memories” were filled passion as vocalist Lou Miceli sounded in desperation. Soft blue and purple lights illuminated the venue as Miceli dedicated the next performance, “Dark,” to the late Chester Bennington. The crowd hung onto every last note sung and were moved by the performance. Palisades’ set ended with their current single on Octane rotation “Let Down.”

My Ticket Home took the stage with confidence and pride, and it was evident they were thankful to be on stage. I feel terrible I wasn’t able to catch which songs they played, but nonetheless, the band had a great return. They revealed they’re currently working on a new album, and that this was their first tour in some time.

Hell or Highwater has made a wave in the Ozarks with past performances, so it was to be expected that fans cheered them on before their set even began. Their set was eccentric, from a drum heavy beginning into “Colors” to a ghoulish cover of Outkast’s “Ms. Jackson.” The band kept the stage presence simple with light up letters spelling out “VISTA,” and at one point the “T” got knocked over. Vocalist Brandon Saller joked with the crowd, reminding them that the band takes cash or VISA at the merch table. Hell or Highwater was the perfect hype band for Nothing More, exciting the audience with a walk through the crowd for members to play on the upper balcony and the bar. The set ended with immense energy as chants of “I Want It All” rang through the venue.

The moment everyone was waiting for arrived, and Nothing More blasted into their set with “Christ Copyright.” With the intimate setting, I got chills as the crowd sang back along to each track loud and clear. A small drum solo transformed into crowd favorite “Mr. MTV.” Smoke shot from the canons, and “Let ‘Em Burn” followed in the set with grungy guitars. One thing that should be recognized is Mark and Daniel’s background vocal duties. The two have always been involved with the vocals, but aside from seeing more features on the album, they’ve grown tremendously in this area. The harmonizing is something so small but important; it just blew me away.

The new material from the latest album was welcomed and well received as the band introduced “Go To War,” “Ripping Me Apart,” and acoustic track “Just Say When.” Frontman Jonny Hawkins said, “This is a song I’d swear I’d never write, but this one came at a very trying time. It came at the right time.” The song was recently released online, and the band was all smiles that fans were singing along already. The acoustic breakdown continued with a heartbreaking medley of “I’ll Be Okay” and “Here’s To The Heartache.” Drummer Ben Anderson slayed away on the drums and synths into “Do You Really Want It?” as smoke filled the stage. The famous Scorpion made its appearance and left the crowd in awe. I don’t want to spoil much more of the show, because it really is something to see for yourself. But gosh dang, these guys are phenomenal.

Nothing More can be seen across the U.S. this fall with Hell or Highwater, My Ticket Home, and Palisades. Tickets can be found here. 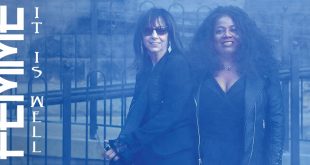